While we’ve all seen error messages, BSODs, PSODs and RSODs, they are becoming less and less common and frequent. And among the hundreds that you may have seen, there is always one or two that will stand out for their irrelevance or down right absurdity.

That’s exactly what has happened with Windows Phone 8. A tweet posted by F-Secure CRO Mikko Hypponen shows exactly what could easily be classed as a “WTF is going on?!” moment.

Showing what looks to be a standard Windows desktop boot error, the phone asked Hypponen the following:

Insert your Windows installation disc and restart your computer.

But let’s not be naïve here, this could easily be fake, a photo taken with the phone’s camera and the image displayed on screen. But WMPoweruser decided to do a bit of investigating and found that Pocket PC forum member dantist’s Lumia 920 suffered the same fate! 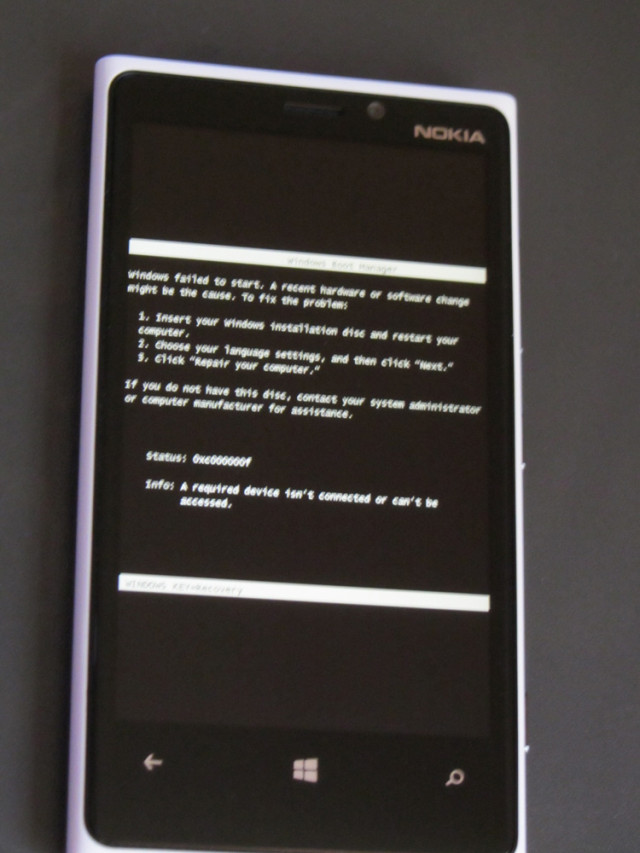 Dantist, real name Johnny Ruokokoski, posted this image on Wednesday and after a push by another Twitter user, Windows Phone Support got involved. You can see their tweets below.

It just goes to show the pitfalls of tinkering with your phone. While Windows Phone Support cannot provide any support to Ruokokoski, we’re sure the community will be able to help him get past this issue. And to echo The Next Web, it’s good to be able to see and prove that Windows Phone 8 runs on the NT kernel.