One GDR was already released earlier this year as the 'Portico' update, but GDR2 is currently in testing, and will bring support for international podcasts, CalDAV/CardDAV and FM radio when it starts rolling out to devices in the next few weeks. GDR3, due to arrive towards the end of the year, is expected to introduce support for larger screen sizes with higher-resolution displays and quad-core processors, along with other features that haven't yet been made publicly available.

Some of those features may have just been prematurely outed by Reddit user 'ChinaMan28', who claims that a Nokia Lumia 920 that he purchased from eBay featured a previously unseen build of Windows Phone 8 - version 12084.WPMAIN(wpbldlab).20130509-1407. This indicates that the build was compiled on May 9th.

The Calendar gets an updated Live Tile design on the Start Screen, featuring darkened backgrounds for boxes within the tile, which looks like it could now support displaying multiple upcoming events. Within the Calendar app itself, a new weekly view has been added. 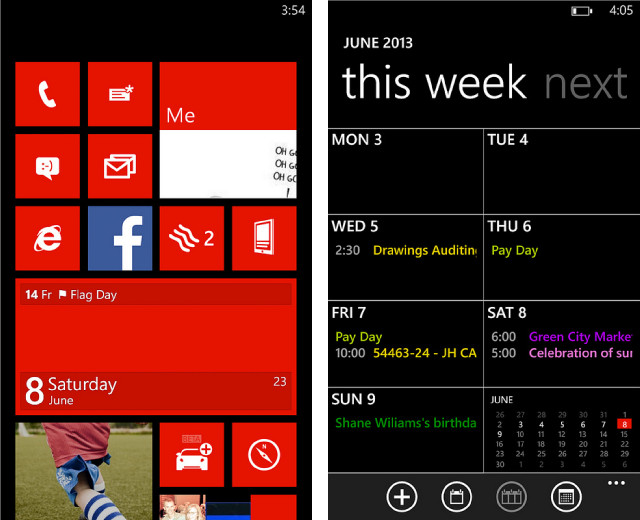 The Apps List now offers the ability to sort applications by frequency in addition to alphabetically. When sorted by frequency, apps are listed into categories including 'most used', 'moderately used'... 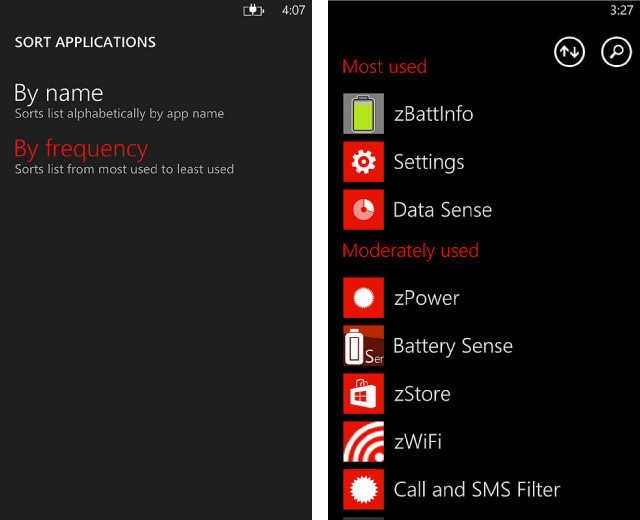 ...'least used' and 'never used'. You'll notice that many apps shown here are preceded by the letter 'z'. This is common in developer builds, with many of these apps being versions for testing. 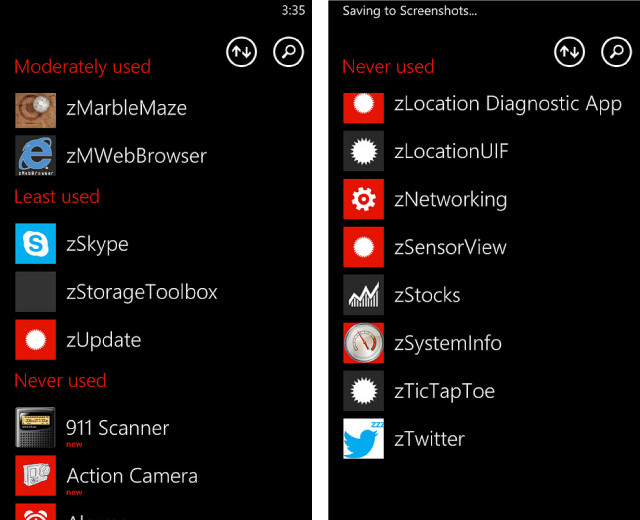 Data Sense is also included on this build. Data Sense has so far been exclusively available to customers of Verizon Wireless. Its presence on this build may indicate that it will finally become available to users of all Windows Phone 8 handsets. Various test apps were also found in this developer build. 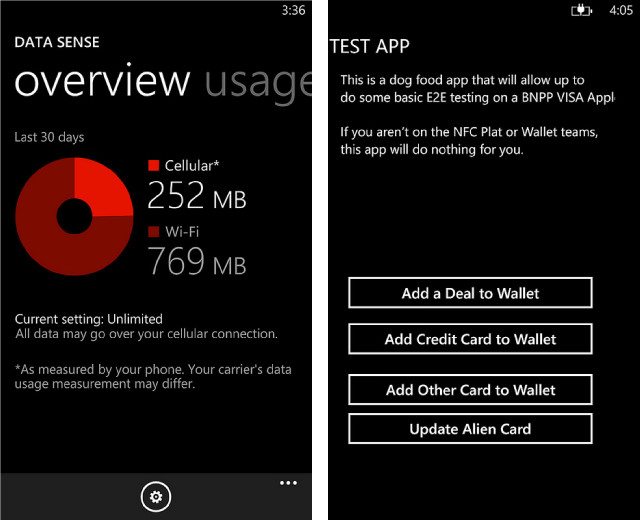 Perhaps the most exciting feature is what appears to be a new notifications center. It seems to be pretty basic in its features, with notifications sorted by application and what seems to be the ability to clear all notifications at once. According to the reddit user, the notifications app is accessible via a Live Tile on the Start Screen. Additionally, apps can now be closed via the multitasking pane. 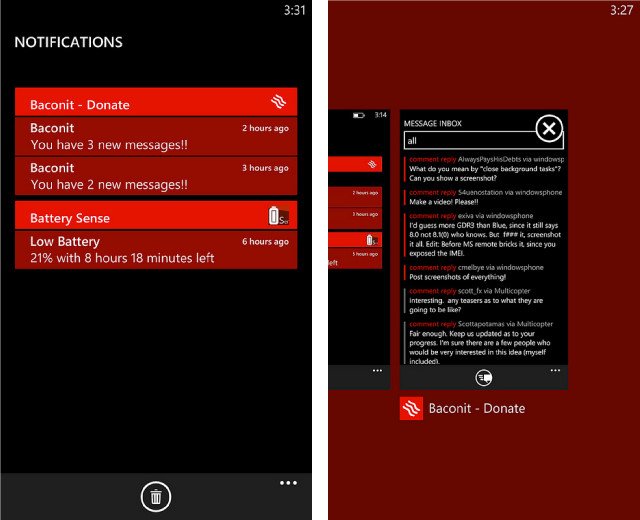 While we can't yet speak to the authenticity of these images, the amount of detail in them - including different times and 'Saving to screenshots...' - certainly makes them appear like the real deal. Either that, or they're a very elaborate hoax - but the user who posted them has promised to share video of the software soon.

Update: While Microsoft isn't commenting on the screenshots, The Verge has confirmed with its sources that they are legitimate, and come from an early build of the Blue update, which is expected to carry Windows Phone 8.1 branding when it launches.

Additionally, as pointed out in the comments, the calendar seen in the screenshots is the third-party app Chronos Calendar, not the default calendar app in Windows Phone 8.