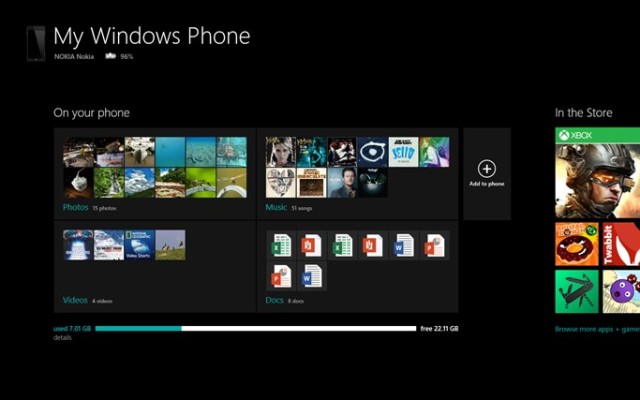 The Windows Store listing for the app has the details of what been included in this new update, which is also available for Windows RT device owners. Like the desktop app, the Modern Windows 8 app allows users to transfer photos, videos and other files from the PC to Windows Phone devices and vice versa, among other features. The change notes state:

The Windows Phone app now lets you browse documents, add them to your Windows Phone, and open files that are stored on your phone with other programs. We’ve also made it easier to add different types of files to your phone.

The Windows Phone app update for Windows 8 comes around the same time they released new versions of the Mail, Calendar, People and Messaging apps for the OS. We should also expect to see some new updates for Microsoft's in-house apps in June when the preview version of Windows 8.1 is released.