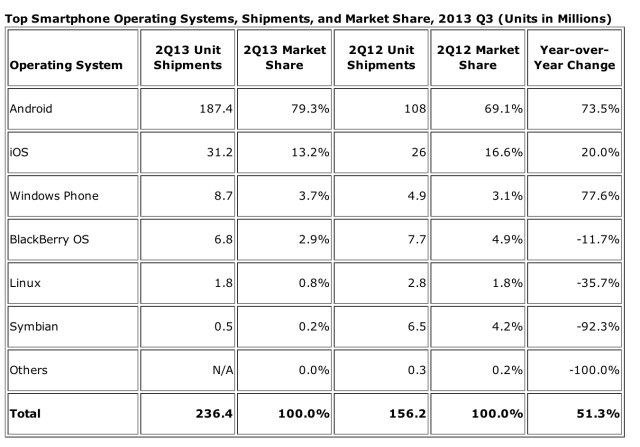 The IDC pushes out quarterly reports that give us insight into the breakdown of the mobile market. In a report that hit the web today, IDC is stating that Windows Phone has the highest Year-over-Year growth of the top five platforms and has solidified itself in the third position in the marketplace.

Not surprisingly, Nokia has pegged control of the Windows Phone vendors and accounted for 81.6% of the smartphones shipped with Windows Phone OS. For Nokia, this is a number that they would like to maintain as the company is working to keep its numbers in the black after making a dramatic shift in its business model to support Windows Phone instead of Symbian as its primary OS. 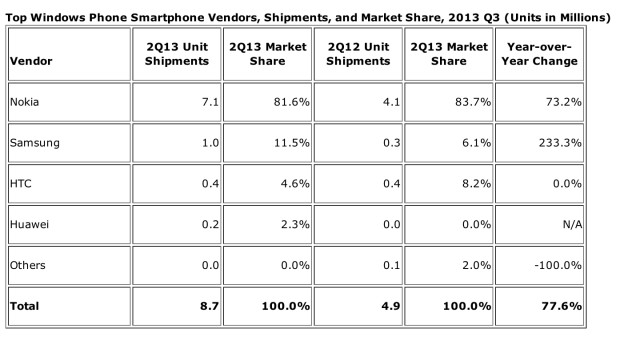 But, growth is growth and Microsoft and its Windows Phone platform are headed in the right direction and have easily surpassed Blackberry who was down 11.7% with 6.8 million units shipped.

To little surprise, Samsung, whose Galaxy line of phones has been able to carve out a niche in the crowded Android ecosystem, dominated Android vendors. Interesting as well, Samsung bested HTC in the Windows Phone segment, which is a bit surprising, as the HTC 8x has been well received among consumers. 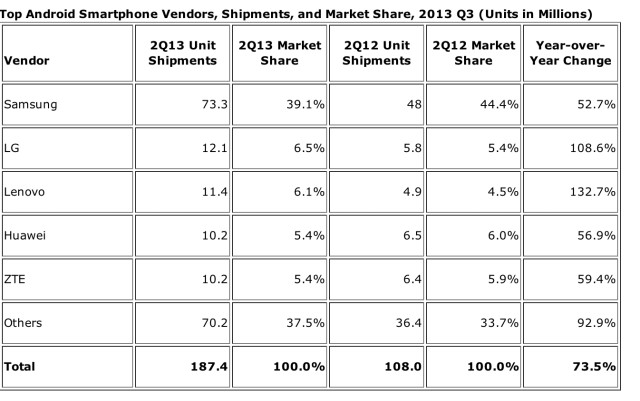