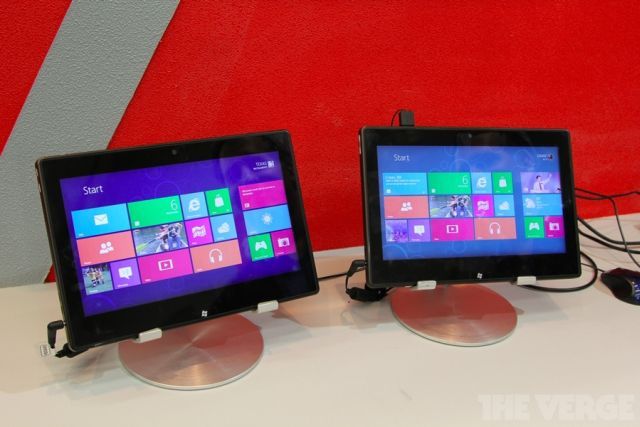 Texas Instruments is one of three ARM-based processor makers who claim we will see products with their chips inside running on Windows RT, also known as Windows 8 ARM (NVIDIA and Qualcomm are the other two). This week during Computex, The Verge reports that TI showed off Windows RT-based tablets running on one of its dual-core processors.

Unfortunately, it looks like TI is still working on getting Windows RT to run smoothly on its chips. The article states that TI would not allow anyone to touch or take video of their prototype tablets. Furthermore, it says that when a TI rep tried to launch a demo of the product, there were "glitches" in the presentation that would seem to indicate that Windows RT is still in its early stages.

Despite all of this, TI seems to believe that Windows RT products running on its hardware will in fact be ready for the official launch of the OS sometime later in 2012. This is certainly new territory for Microsoft in terms of a version of Windows supporting something other than x86 processors. Intel has already claimed that over 20 tablets based on Windows 8 are in the works that are based on versions of Intel's chips.