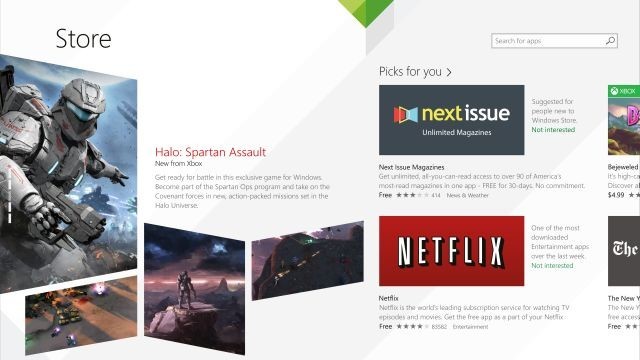 November was a good month for the Windows Store of apps and games, particularly for the latter. Paid game downloads shot up 34.12 percent during the month to a total of 1,311,209. Free game downloads also saw some smaller growth as well — 13.41 percent — but still had far more at 16,744,484.

Even more amazing is that the 1.3 million paid game downloads in November came extremely close to matching the 1.5 million total downloads for all categories of apps in October. The increased interest in Windows Store games, especially paid ones, is great news for game developers looking to monetize their products. Plus, developers skeptical about Windows 8 might find November's growth a bit more reassuring.

However, Microsoft is oddly being sketchy with other categories of the Windows Store. In October, the company broke down all of the app downloads for every single category and then split those categories into Paid and Free. November's report is lacking download statistics for a number of categories. In fact the majority have at least one missing downloads number for either paid or free.

Despite that peculiar inconsistency, the game growth is good news. Sure we could talk about how it's nothing compared to what iOS and Android are accomplishing, but at least it's not headed in the wrong direction. For now.