Many of those dreaming of a voice-controlled entertainment system in their living room will have to wait a little longer, as Microsoft confirms that only North America (with no French), the UK and Japan will have Xbox Kinect’s touted voice recognition enabled at launch. 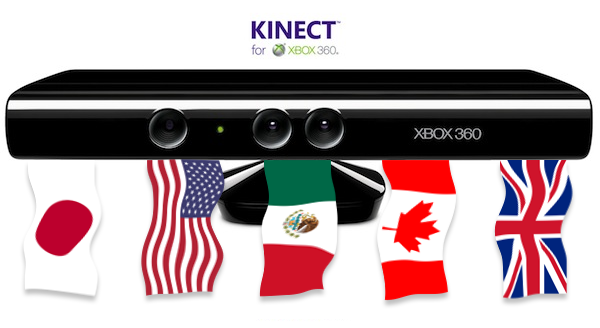 According to Engadget, Germany, Italy, France, and Spain will receive the feature in Spring 2011. Microsoft says that the problem isn’t just with languages, but also with dialects of those languages. Microsoft claims that they even had to create different software versions for the US and UK – even attending to the range of dialects in those two countries was probably a massive feat (the British Library has a good database of accents for those of you that disagree).

There wasn’t any mention of other English speaking countries, and even as I attended a Microsoft Xbox Kinect preview event two nights ago, Microsoft Australia was still touting speech recognition as one of Xbox Kinect’s major selling points. Engadget is also reporting that even those that speak perfect English won’t have access to voice recognition unless they live in an area where it’s supported – it will be very interesting to see how all of this pans out on launch.