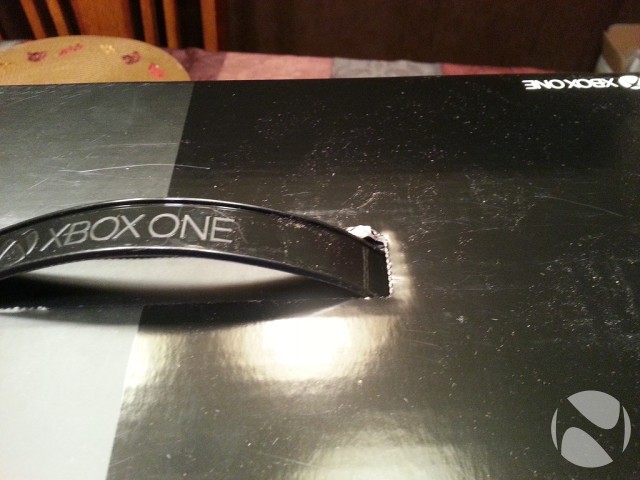 Instead of ripping through the box to get to the prize inside, we decided to take pictures through each step, showing the progress from the unopened box all the way through the console that was hidden beneath.

The first thing you see when you open the box is the Kinect 2.0 sensor sitting on top. It doesn't look so ominous while it's in the box, but does seem quite a bit bulkier than the original Kinect sensor. Opening up the next flap, you're greeted by the "quick setup guide" and the headset. Below that you'll find a plethora of cables on the right and the Xbox One controller, wrapped in black styrofoam, on the left. As a special bonus, the controller comes with two AA batteries which is nice. 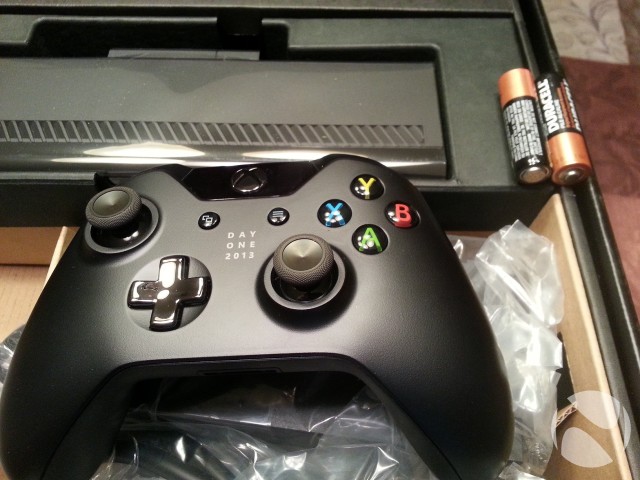 Microsoft also included two cards, one for your "Day One" achievement, and the other a 14-day trial for Xbox Live Gold. We were hoping for three free months, but nobody really thought that would happen; still, two weeks seems a bit short to us. There's also an Xbox sticker included in the box. The Xbox One was packaged extremely well, with each component wrapped up in either styrofoam or plastic covering. Cables were protected with hard plastic overlays around the glossy portions to keep them fingerprint free, at least temporarily. 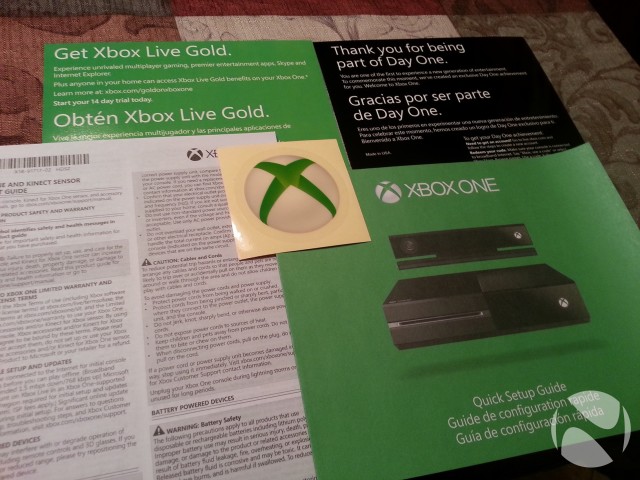 Microsoft did a good job keeping the theme of the Xbox One with the accompanying peripherals and packaging. For example, not only does the console and the power brick maintain the half-glossy-half-matte finish, but even the box and HDMI cables have this aesthetic touch. While some people may feel the Xbox One lacks style, I think the design works well and has a nice modern (not to be confused with the UI) look. 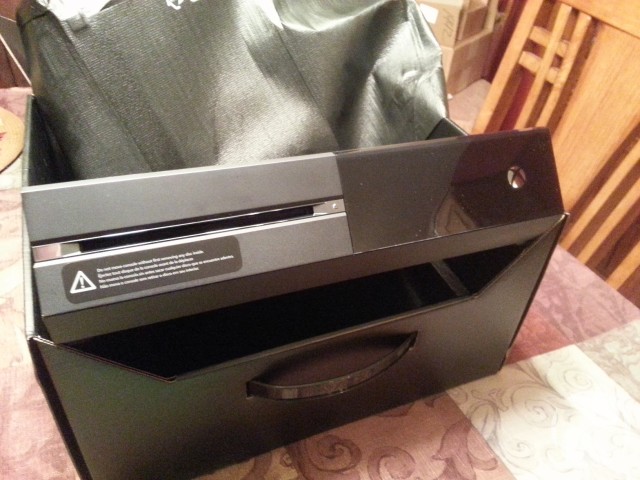 Check out the rest of the photos in the gallery below.