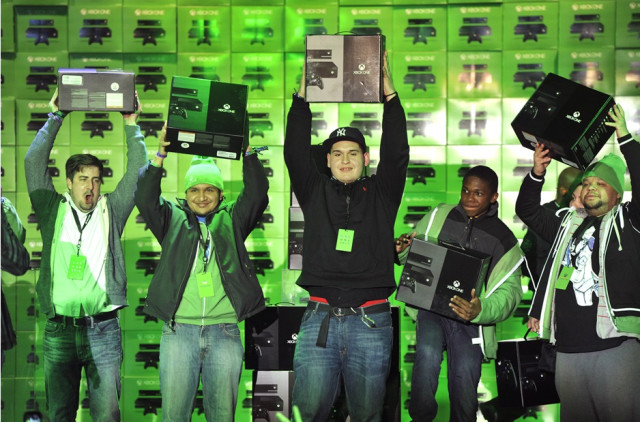 Microsoft has announced that more than one million Xbox One consoles have been sold in 24 hours, making it the biggest launch in Xbox history. While the company has only sold three consoles in the Xbox history, regardless of that fact, the Xbox One holds the crown for the most successful launch for the company.

This is obviously a tremendous achievement for the company on two fronts, one being that there was considerable demand for the console upfront despite some initial negative feedback and two, that they were able to produce one million units for the launch of the device.

Microsoft said that the Xbox One is sold out at most retailers and that they are working quickly to replenish stock. Naturally, no other information was given about when next shipments would go out, so if you are hoping to get your hands on a console before the holidays arrives, it's likely best to check with your local retailer.

“We are humbled and grateful for the excitement of Xbox fans around the world,” said Yusuf Mehdi, Corporate Vice President of Marketing and Strategy, Xbox. “Seeing thousands of excited fans lined up to get their Xbox One and their love for gaming was truly a special moment for everyone on the Xbox team. We are working hard to create more Xbox One consoles and look forward to fulfilling holiday gift wishes this season.”

To put all that gaming into perspective, Microsoft tossed out a few facts about several of that launch titles that consumers have been playing:

Sony, who launched its console last week, also stated that they sold over 1 million consoles in North America in the first 24 hours. While Microsoft did not break down its sales figures to specifically say North America, it looks like both companies had a fantastic first day of sales.

So there you have it, the Xbox One sold more than one million consoles on the day it was released (this includes pre-orders) and this is only the beginning for the next generation console from the folks in Redmond. With the holiday shopping season kicking off next week, it looks like Microsoft should be able to add to that one million number rather quickly as consumers look to put an Xbox One under the Christmas tree.