We have seen rugged Windows 8.1 tablets released by Panasonic earlier this year but today a company called Xplore Technologies claims it has launched the toughest and most rugged tablet line up in the industry. It's called the XC6 series and it runs on Windows 8.1, with an option to pick Windows 7 Pro instead. 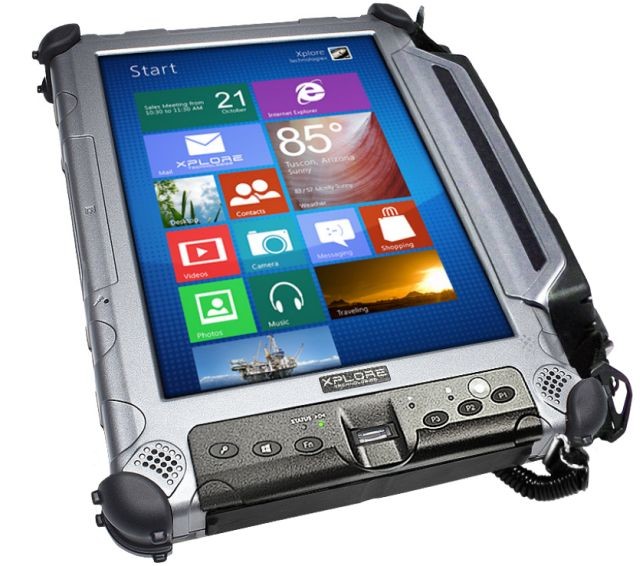 The company's press release says that the XC6 tablets are designed to survive a seven foot drop, which it says is beyond the typical rugged testing requirements. It's multi-touch resistive touchscreen can be operated even while wearing gloves or in "soaking wet conditions". Needless to say, the tablets are designed to be water and dust proof. They are mainly sold to the military, along with oil, gas, construction, utility and transportation businesses.

The highest end model of the tablet line is the 5.4 pound XC6 DMSR, with support for up to an Intel fourth generation Core i7 processor. It has a 10.4 inch display that can be read in direct sunlight. Inside there's support for up to 4GB of RAM and a 256GB SSD, It's supposed to have up to 8.5 hours of battery life. Pricing for the XC6 series is, as you might expect, a bit on the steep side, with a starting price of $5,299.