In April, a documentary team, funded in part by Microsoft, proved that the urban legend of Atari burying tons of unsold 2600 game cartridges in a New Mexico landfill in 1983 was in fact true. Now the city of Alamogordo is working to distribute the games that were unearthed by the event. 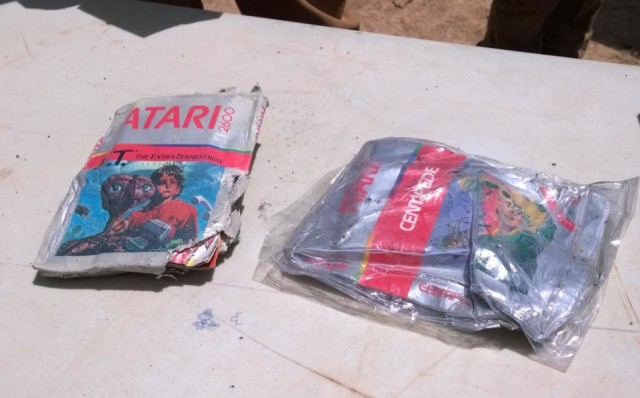 According to the Alamogordo Daily News, the event in April resulted in 1,377 Atari 2600 games being recovered from the landfill, including 171 copies of E.T. The Extra-Terrestrial, which was the primary goal of the teams at FUEL Industries and Lightbox. The event was filmed and will be used as part of a documentary about the history of the E.T. game that will be shown exclusively on Xbox One and Xbox 360 consoles later this year.

While some of the game that were found at the landfill will be given to the documentary team, others will be offered to local and national museums. Some of the games will also be sold to the general public and the city commission was told this week they have already been getting offers from unnamed buyers. Exactly how and when they will be sold has yet to be determined. The city commissioners were also told that there are 790,000 Atari games that are still buried at the landfill site.