Yesterday, we reported that Samsung is preparing a big new addition to its range of Galaxy smartphones, one that features an enormous 7-inch display. Judging by the reactions from our readers, Samsung probably shouldn’t expect too many sales of the gigantic device among the Neowin community.

But despite lacking the support of this particular demographic, it seems that Samsung is nonetheless forging ahead with its plans to release the vast new handset. Today, a new image has emerged, giving us a slightly better idea of what it will look like when it launches, albeit sporting a protective case. 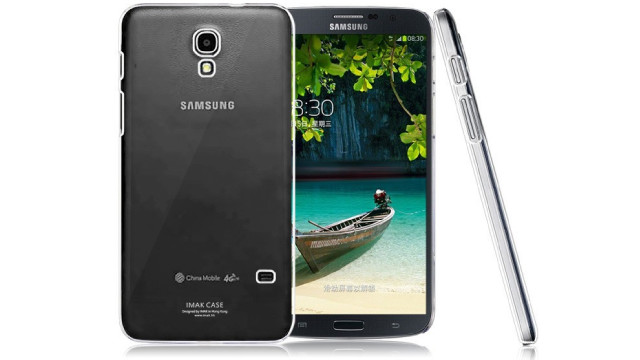 First published by Ortud.com, the device is again seen with China Mobile logos and, for the time being, it remains unclear whether or not it will remain exclusive to that market and, perhaps, that carrier too. Although the Mega 7.0 was previously seen picking up its certification via America’s FCC, this is no guarantee that the handset will actually see a launch there.

Pricing and availability details are still unclear, but GSM Arena speculates that it could be launched at an event scheduled for June 12, at which Samsung’s new Galaxy Tab S range is due to be unveiled.