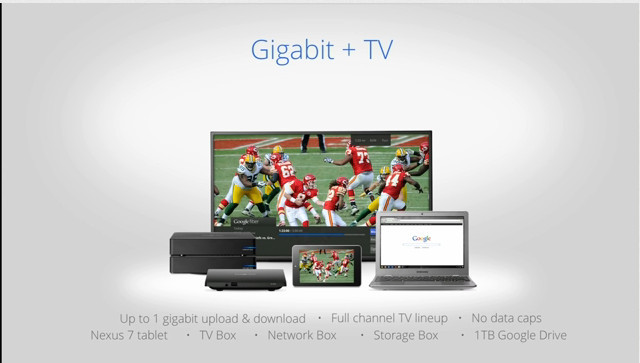 Google first launched its 1 Gbps Google Fiber ISP and TV service in the Kansas City Kansas/Missouri metropolitan area in November 2012. Earlier this month, the company announced it would add Austin, Texas to the Google Fiber family, with service schedule to begin in mid-2014.

Today, in a bit of a surprise, Google has announced that it will bring Google Fiber Internet and TV service to Provo, Utah, making it the third metropolitan area in the US for the super-fast ISP. Unlike Kansas City and Austin, Google plans to purchase an already established fiber optic Internet service in Provo and then upgrade it to its 1 Gbps speed.

The deal still needs to be approved by the Provo City Council, which will vote on the matter next week. When and if the deal is closed, Google will begin the fiber upgrades, although there's no timetable for when the first 1 Gbps customer will go online in that city.

Pricing for Google Fiber in Provo has not been announced but it should be similar to the prices in Kansas City, which gives those customers 1 Gbps Internet speeds for just $70 a month. Adding the TV package increases the price to $120 a month, not including premium pay cable networks. Google will also offer Provo residents free 5 Mbps Internet speed in their homes if they pay for a one time construction fee.