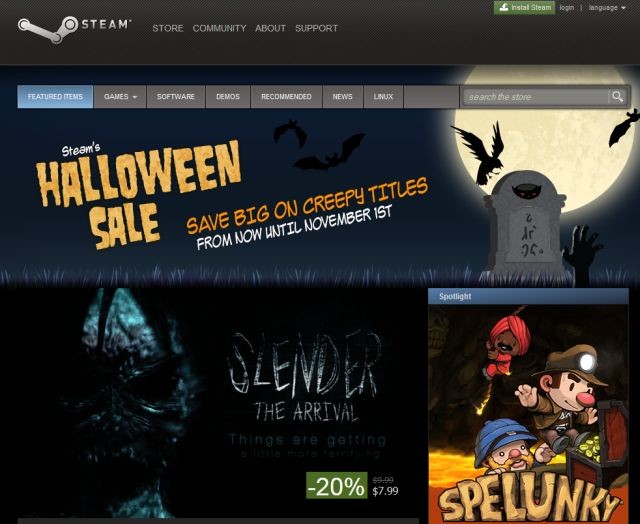 In September 2003, Valve announced that the first public version of its Steam game download client had launched, after a number of months in beta testing. The client was originally made to download Valve's Counter-Strike 1.6 game but expanded to include the launch of Half-Life 2 and Counter-Strike: Source in 2004.

Today, just over 10 years after the launch of the first public version of Steam, Valve has announced, via an email press release, that the service now has over 3,000 games in its library and over 65 million accounts, which Valve says is 30 percent higher than a year ago. Microsoft's own Xbox Live service has 48 million members, according to the Xbox website. In between 2003 and today, Valve has expanded Steam's reach to include games from nearly every major PC game publisher and well as a ton of independent game titles and has been credited as one of the reasons behind the current success of the PC platform for publishing new game

Valve has added Mac and Linux games in addition to Windows to Steam in the past few years, and in the past 12 months it has added a number of new features such as Family Sharing, Steam Trading Cards and Early Access, which gives gamers a way to pay for titles that are still early in their development.

In recent weeks, Valve has announced its plans to extend its Steam service into the living room with Steam Machines, which will be PCs that will use the Linux-based SteamOS. Valve has also developed its own Steam Controller for the Steam Machines and plan to sent out beta versions of both to 300 testers later this year. Valve also plans to release SteamOS for developers soon, with the full Steam Machines launch planned for 2014.