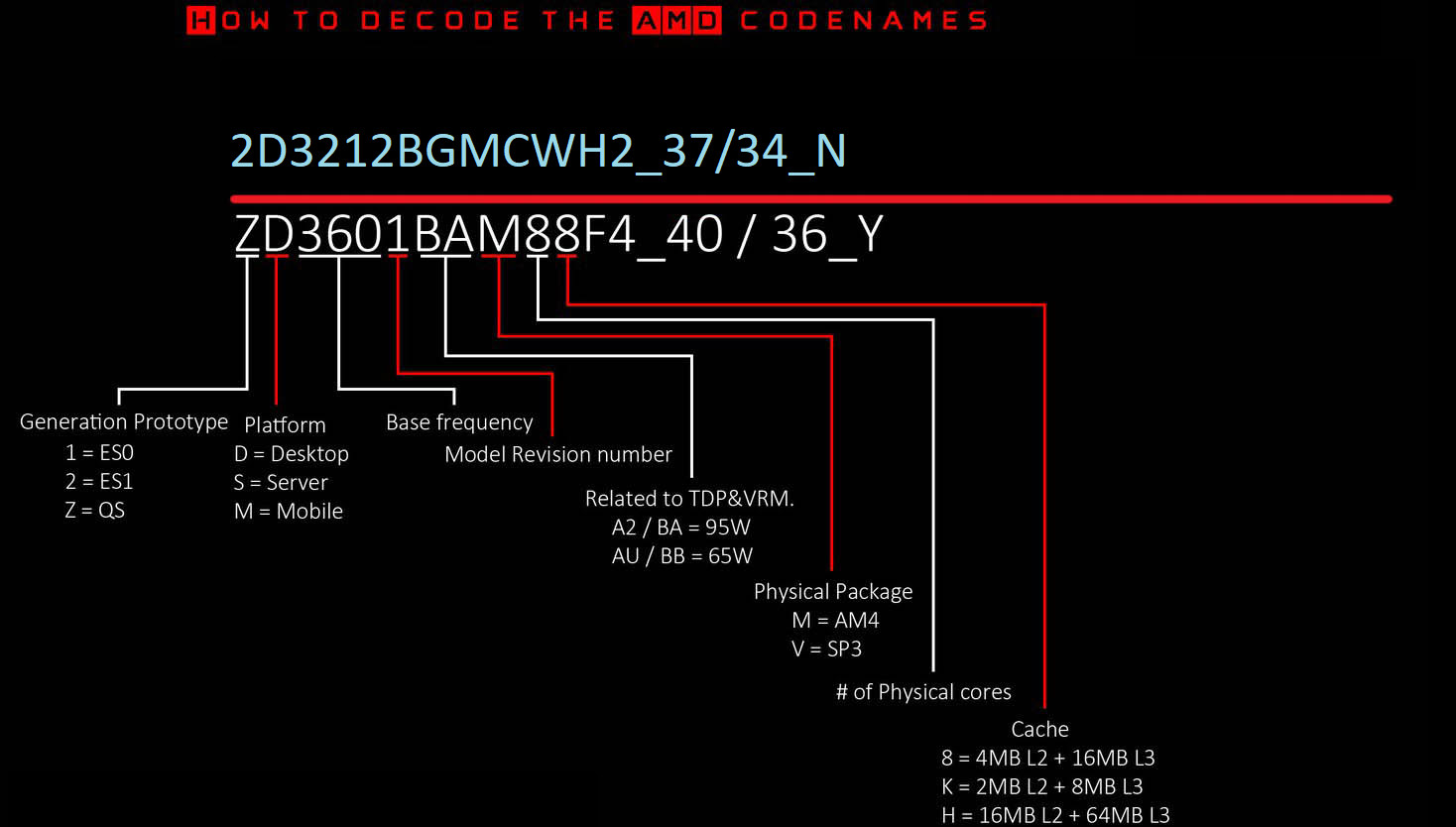 AMD announced some third-generation Ryzen processors for both laptops and desktops at CES. To date, the highest-end model announced is an eight-core, 16-thread CPU with PCIe 4.0 support, codenamed 'Matisse'. Now Twitter user TUM_APISAK has discovered a 12-core, 24-thread variant on UserBenchmark.

The sample CPU had a base clock of 3.4GHz and a boost clock of 3.6GHz and will fit in AMD's AM4 socket. The CPU is designated 2D3212BGMCWH2_37/34_N. Referring to the guide TUM_APISAK provided with his Navi APU leak for the next generation home consoles (modified above), we can determine some details about the CPU.

According to the designation, the CPU is still a prototype (ES1 Generation), is destined for desktops, has a base clock speed of 3.21GHz (in disagreement with the sample run on UserBenchmark), is the first revision, has a TDP of 95W, and will be destined for AM4 motherboards. As for the core counts, C is 12 in hexadecimal suggesting it has 12 cores.

Currently, this is just a leak so we will have to wait for the official word from AMD and for benchmarks from review samples to come out before comparisons are fairly drawn.