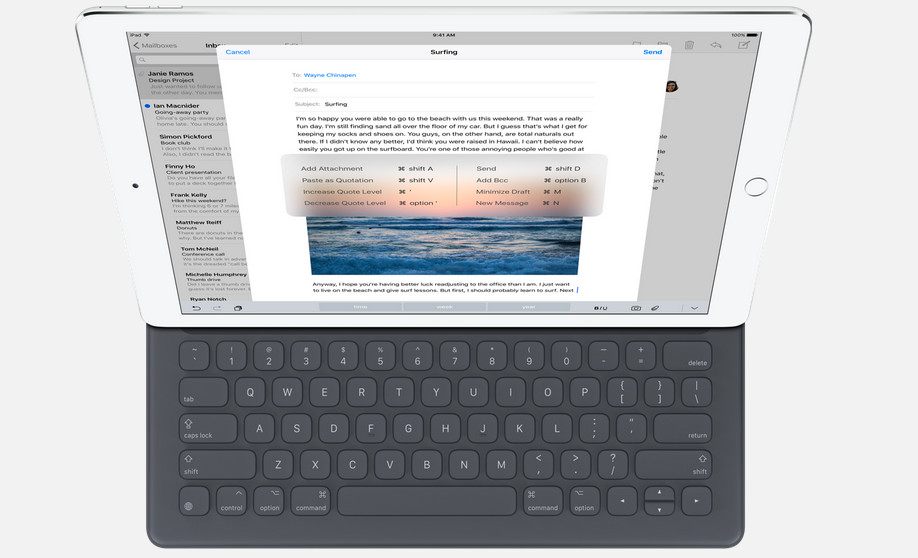 Today, Apple announced the productivity-driven iPad Pro. The 12.9-inch tablet will not only offer a larger work space, but also software enhancements that will push the boundaries of iOS. As the creator of one of the most widely used productivity software suites, Microsoft made a surprise appearance at Apple's event showing the crowd what Office could do for the upcoming tablet, iOS 9 and watchOS 2. 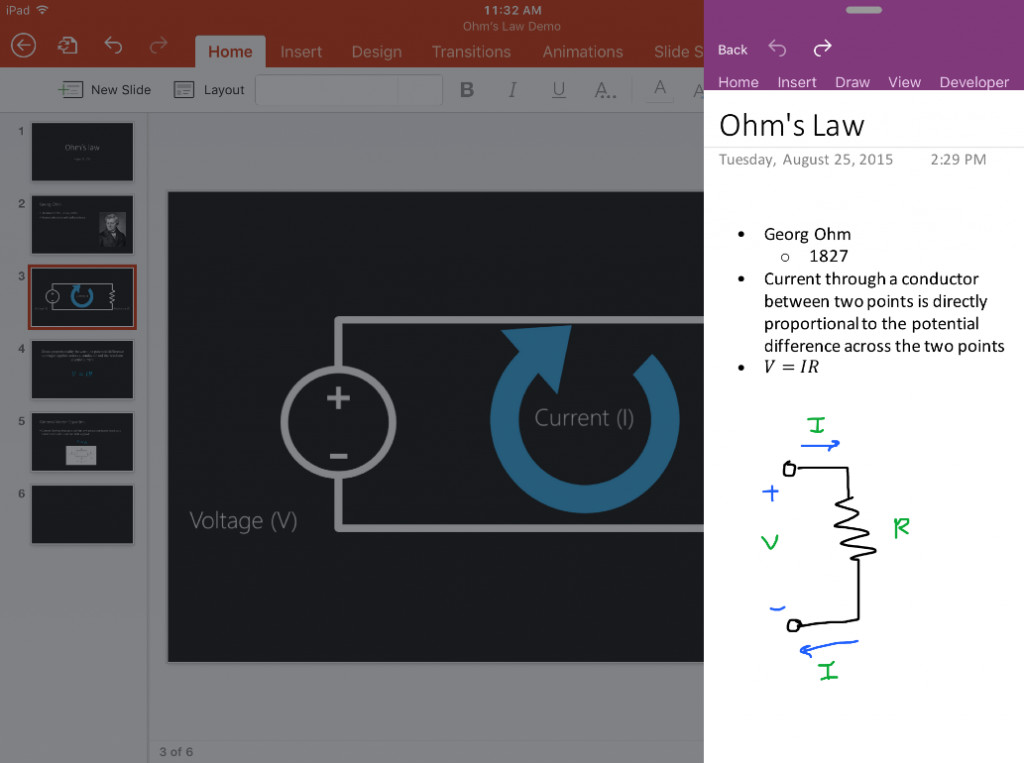 While we offered a general overview of Microsoft's moment from the Apple event, Microsoft's Office blog went into a bit more detail with some imagery of what exactly Microsoft is bringing to the table for Apple's latest iPad and iOS. With iOS 9 introducing 'Slide Over' and 'Split View', Microsoft took advantage by allowing users to introduce another active program to the screen by swiping in from the side. While the programs are limited, those requiring more can have two Office apps running side by side. 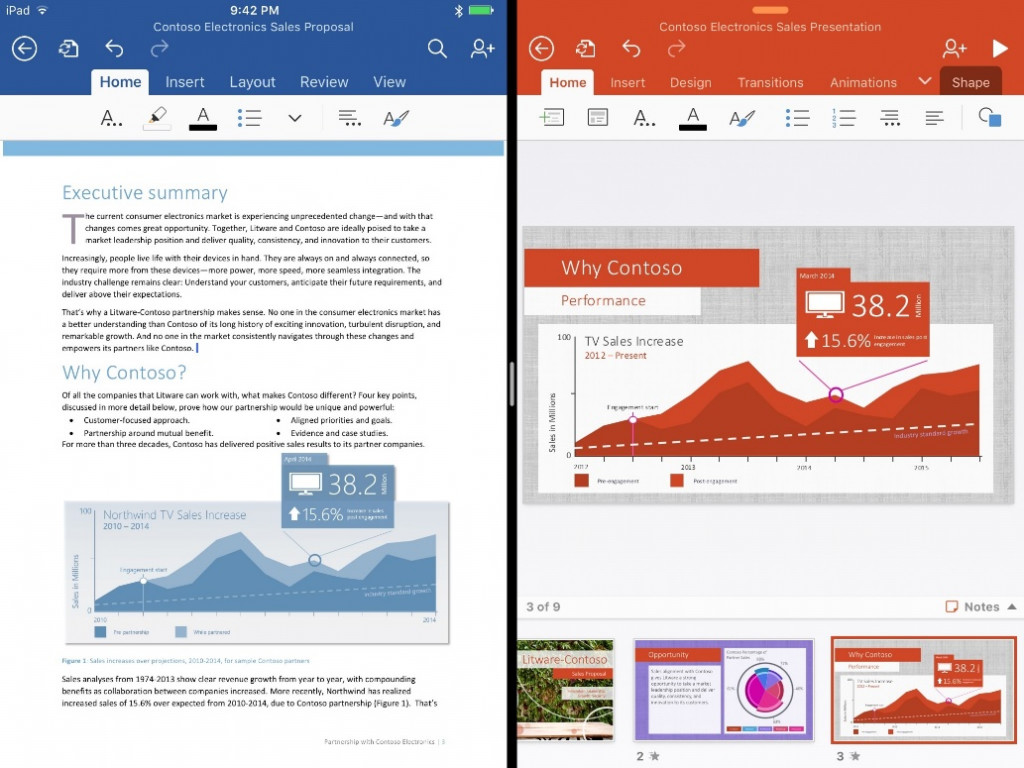 'Inking' will allow Office user to mark their documents utilizing Apple's newly introduced 'Pencil'. This can be done alone or collaboratively with a group. The intelligent search will now also search for OneNote documents and Outlook messages, making them easier to find. With the iPad Pro keyboard coming into play, iOS will now support more robust features like short cuts from wireless keyboards.

With the impending update to watchOS 2, Microsoft has also updated some of its apps to offer better functionality. With the use of 'complications', Apple Watch users will have better access to calendar events through Outlook. By utilizing the digital crown, users will be able to scroll through their upcoming and previous Outlook appointments. The Translator app will also be able to pin translations for later use and be able to pull up common phrases based on geographical location.

Apple will begin sales of the iPad Pro starting in November and the base price for the tablet will start at $799 USD. iOS 9 will be arrive for current devices on September 16th. Those that have loaded Office or Translator should receive an update for the features.