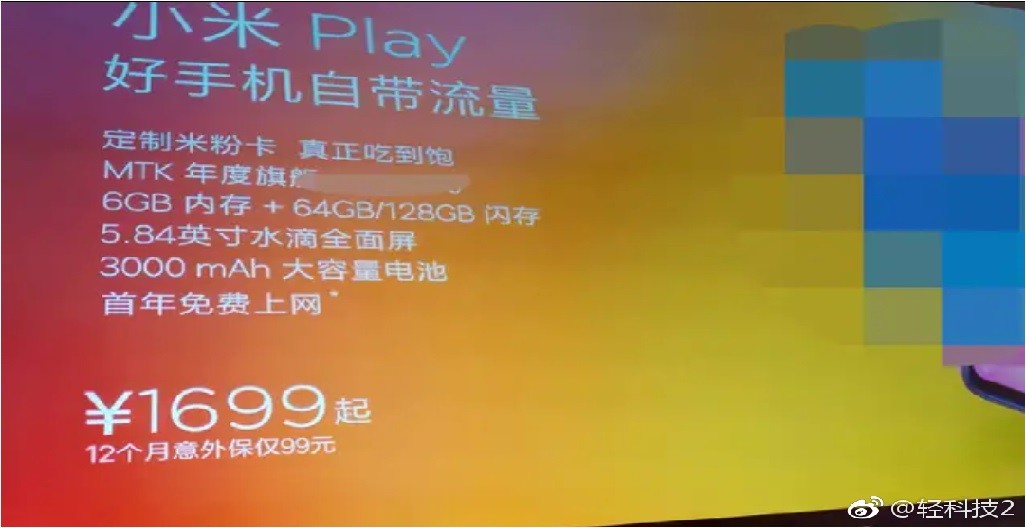 Over the past few weeks, countless rumors have been circulating in regards to the latest addition to Xiaomi's product portfolio. The company hasn't revealed much about the phone as of yet, apart from the name and a teaser video. The Xiaomi Mi Play, which is set to launch tomorrow, allows its users access to 10GB data monthly, free of charge. A recent leak on Weibo has finally disclosed further details about the phone, including its price bracket and technical specifications.

To start off, the selling price of the Mi Play starts at a modest ¥1699 in China, roughly equivalent to $246. It has a 5.84-inch full HD display, with a density of 432 PPI. Sporting a 3,000mAh battery, the device will be powered by a 2.3GHz octa-core MediaTek Helio processor. The phone offers two options for internalstorage; 64GB and 128GB, both coupled with 6GB RAM.

The phone comes fully equipped with basic features such as Wi-Fi, Bluetooth and 4G VoLTE support, as well as more advanced options like Face Unlock and a fingerprint sensor. The front camera embraces the recent "waterdrop" notch design which is currently trending in the smartphone industry. It is believed that the camera will have features utilizing AI, with the rear consisting of a duo of 12 MP main and 5 MP secondary lens. 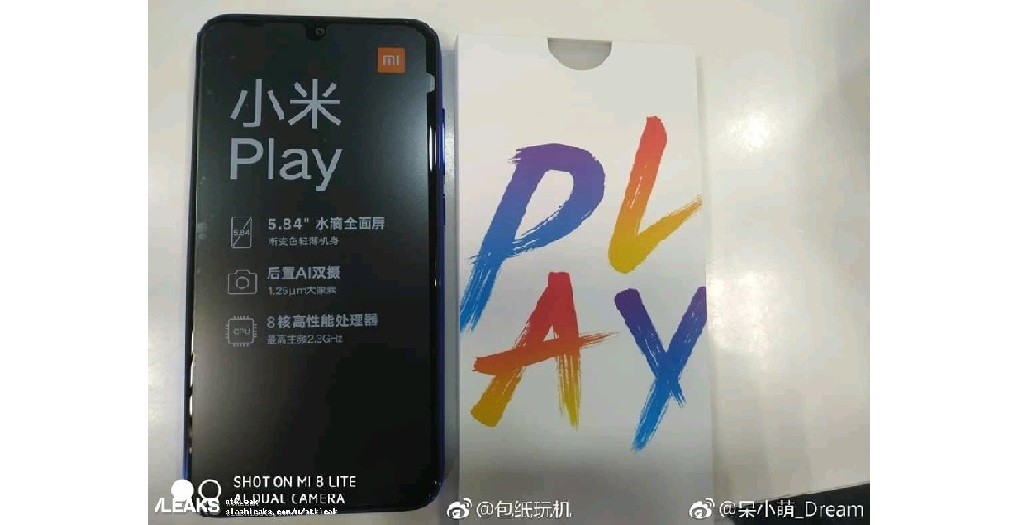 According to the leaked box photo, the right part of the phone is where the volume control and power buttons are situated, and the handset appears to have a single front camera. The plastic cover on top of the screen confirms the aforementioned specs. At first glance, it seems to be black in color, but a second more inquisitive look hints at faint glimpses of royal blue on the right and left sides of the device. The finish could be pretty similar in nature to the company's existing Mi 8 Pro and Mi 8 Lite handsets. Further details will be available tomorrow when the phone will be launched officially.