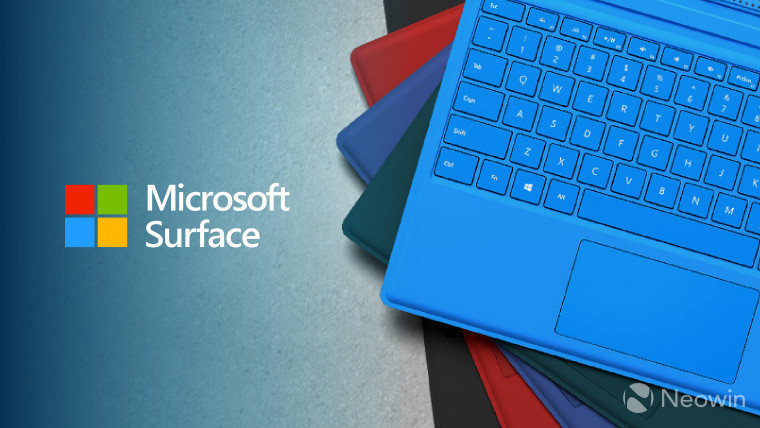 One accessory that's been a staple of the Surface lineup since day one has been the Type Cover, and it's evolved over the years. The first Type Cover laid flat, and it came alongside of the Touch Cover. The second iteration had backlit keys, and the third version - launched alongside the Surface Pro 3 - propped itself up against the device with a magnet to make it more 'lappable'.

With the Surface Pro 4 Type Cover, there was an optional fingerprint sensor, and later, the Signature Type Cover was introduced with Alcantara fabric. Now, a patent was spotted by WindowsUnited showing the further evolution of Microsoft's keyboard cover, and it will be even thinner.

The patent shows the trackpad being integrated into the circuit board by cutting or etching into it. The patent says the following:

As with all patents, this could be something that Microsoft is planning to release, or it could be an idea that some engineer dreamed up and was scrapped shortly later. It does seem like an idea that Microsoft could go for though, as the Surface Go Type Cover has shallower keys, so making the Type Cover thinner by having other parts take up less space makes sense.

And 2019 would be the perfect time to launch such an accessory, as Microsoft is rumored to be launching a Surface Pro 7 with an all-new design. The firm recently launched the Surface Pro 6; however, there were no new accessories alongside of it.