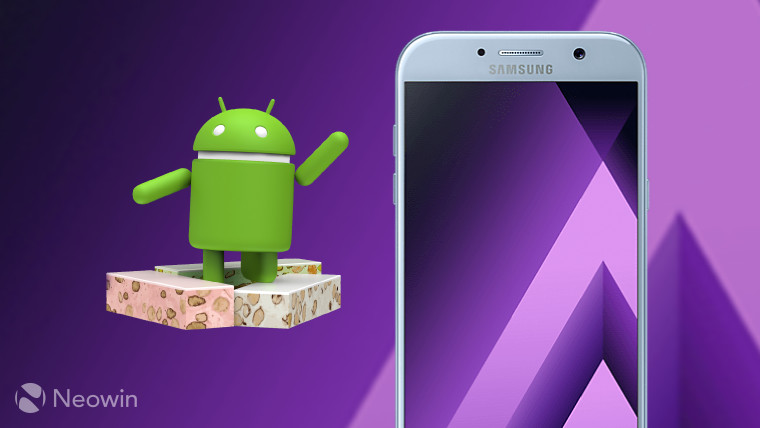 In a matter of weeks, Google will release Android O, the next major version of its hugely popular OS. But almost a full year after it made Android 7.0 Nougat available, that update is still slowly making its way to various devices.

Samsung commenced its Nougat rollout in January, starting with the Galaxy S7 and S7 edge, two weeks after launching its new Galaxy A-series handsets with Android 6.0.1 Marshmallow onboard. Last week, the company started pushing Nougat to the Galaxy A3 (2017); now, seven months after the device's debut, Samsung has also begun rolling out Android 7.0 to the Galaxy A7 (2017) as well.

The update bumps the handset's firmware up to version A720FXXU2BQGB, and is around 1.4GB in size. Owners of the Galaxy A7 (2017) in Thailand are the first to get their hands on the update, but it shouldn't be too much longer before it makes its way to the device in other parts of the world.

Bear in mind that updates like this one still require carrier approval, and that's often a lengthy process that mobile operators are rarely eager to speed up. If you purchased your Galaxy A7 (2017) from a carrier, you'll likely face a longer wait before your device gets a taste of that sweet Nougat goodness.