While Acer said in August it planned to release fewer Windows 8.1 products, the company doesn't seem to have slowed down on that front in the least. Today, the company announced quite a few new Windows 8.1 PCs including a new hybrid-notebook product called the Switch 10. 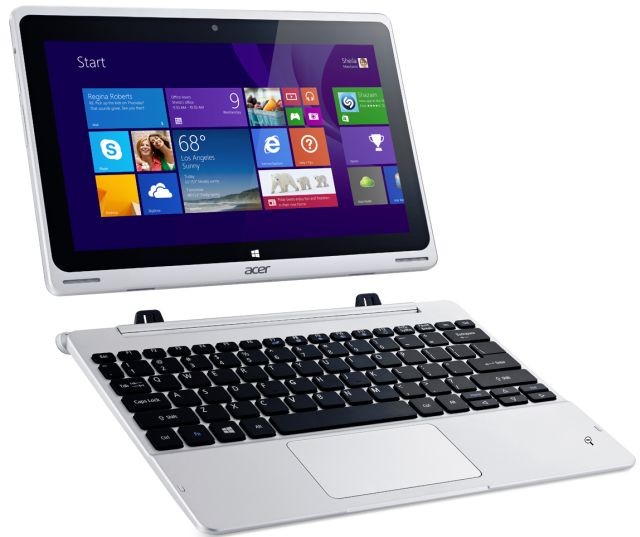 Acer's press release says that the Switch 10 can be used exclusively as a 10.1 inch touchscreen tablet, but it also comes with a magnetic keyboard dock. What's really interesting is that once the keyboard is attached, it can also flip around on a hinge, in a manner similar to Lenovo's Yoga notebooks.

Combined, the keyboard and tablet on the Switch 10 weighs just 2.58 pounds. Inside there's an Intel Atom processor, along with 2GB of RAM and 64GB of storage on an SSD; there's also another optional keyboard dock that adds an additional 500GB of storage.

Acer will offer a pre-loaded copy of Microsoft Office Home and Student 2013 with every unit of the product but there's no word yet as to the battery life of the device. Acer will begin selling the Switch 10 in late May for the starting price of $379.99.