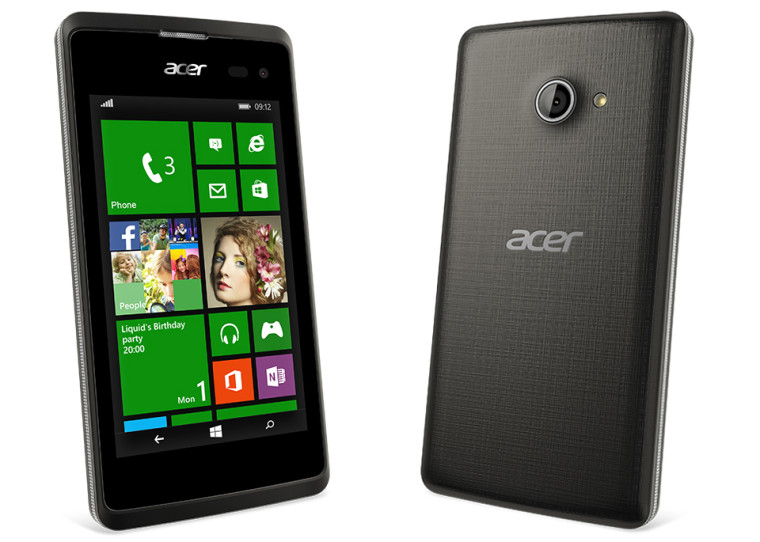 Acer launched a Windows Phone 7 handset alongside the 'Mango' OS update back in late 2011, but its focus since then has been on Android devices. In 2013, the company announced that it would launch another Windows Phone in 2014 which would provide a "unique experience" to users. However, this was not meant to be, the company didn't release the said device with the company's VP stating that despite being a great OS, "no one knows" about Windows Phone.

Fast forward to MWC 2015 today and Acer has finally revealed its Windows Phone 8.1 handset, the Liquid M220. It is an entry level phone designed for those "who look for a simply smart life."

The device is extremely basic in features despite being a low-end phone and looks like something that was planned for 2013 instead of the current generation of Windows Phones. Nevertheless, it's good to see Acer's return to the OS.

We are proudly introducing our first Windows Phone 8.1 and simultaneously announcing its future upgradability to Windows Phone 10, it is the right moment for Acer to join the Windows Phone eco-system with its growing popularity and consistency across phone and PC devices.

The specifications of the Liquid M220 include:

With the launch of the Liquid M220, it's great to see Acer expanding its portfolio of Windows devices to include smartphones, together we are providing an integrated, cross-device Windows experience to our joint customers.

The Liquid M220 will be available in April through selected EMEA retailers in Mystic Black & Pure White with a starting price of €79 (~$89).