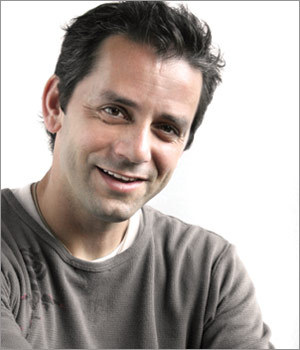 In a recent interview with IGN, Eric Hirshberg the new CEO of game publishing giant, Activision, has talked about his views of two of the biggest franchises in the industry, Call of Duty and Guitar Hero. Going as far as comparing the Call of Duty franchise, to the Star Wars franchise, one of the movie industries biggest.

Eric commented in the interview to IGN ,on the state of the popularity that is surrounding the top selling franchise.

"The Call of Duty franchise is a force of nature. I think it is the closest thing this generation has to a Star Wars," he said. "I think it's unique and bigger than any musical act or any movie franchise in that capacity."

He went on to say; "The challenge with any franchise like that is staying a step ahead of people and keep surprising them and keeping it fresh."

With Call of Duty: Black Ops releasing in November, the series is set to be another big hit. Next year will have another Call of Duty title, but whether it will be a game developed by Infinity Ward or the brand new developer Sledgehammer Games is currently unknown and we may not know until next year.

When commenting about the Guitar Hero franchise, he admitted that there was decline in popularity in recent years, and is aiming to rectify the issue with the up and coming Guitar Hero: Warriors of Rock, which is slated for a September release on Xbox 360, Nintendo Wii and Playstation 3.

"That entire category kind of exploded and then faced a decline and Guitar Hero rode that same trajectory," Hirshberg said. "What I like about that brand is that it was the innovator. I think there's a core insight there that is universal and evergreen."

"The challenge is to rejuvenate interest in that game and franchise with innovation."

With its direct competitors Rock Band 3 releasing October 26th, and Singstar Dance coming out in November, the music genre is still going to be a fierce battle this holiday season.