Microsoft had originally planned to add extension support to its Edge browser in Windows 10 this year, but in October, it revealed that users would instead have to wait until sometime in 2016. However, yesterday, a page was spotted on Microsoft's developer resources site declaring that "Extensions are here!", and while that page has since been removed, it's fuelled suspicions that the arrival of the new feature may not be too far off.

It certainly looks like those suspicions were correct - as a hugely popular adblocking extension has now confirmed that it is making preparations to support Edge. 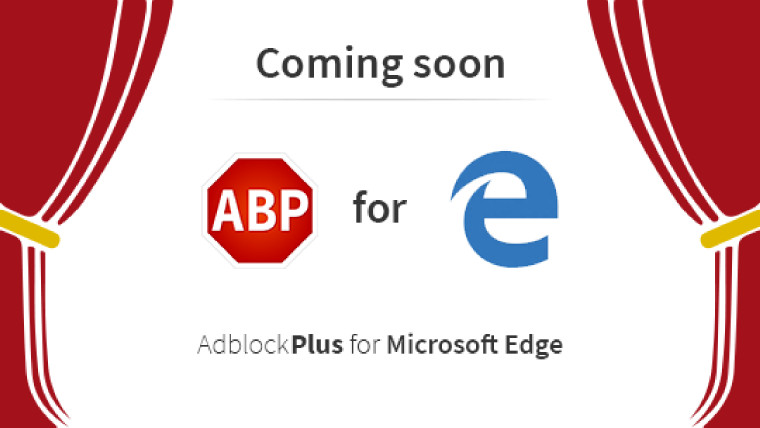 Already available for other leading browsers - including Chrome, Firefox, Opera, Safari, and Microsoft's own Internet Explorer - Adblock Plus now says that its extension is "coming soon" for Edge.

There's no indication of just how soon it will arrive, though - apart from including the same blurb it uses for other browser versions, the page only states: "Please check back later for a version of Adblock Plus for Microsoft Edge."

Other extensions that are apparently in development for Edge - according to the page that Microsoft has since removed - include Pinterest and the Reddit Enhancement Suite. But with over 110 million devices now running Windows 10, each of them including Microsoft Edge, it seems likely that the list will grow fairly quickly once extensions support finally arrives.