AdDuplex released its monthly report today, showing Windows usage based on usage of apps that run the AdDuplex SDK v2 or higher on the date of April 26. AdDuplex runs on over 5,000 Microsoft Store apps. 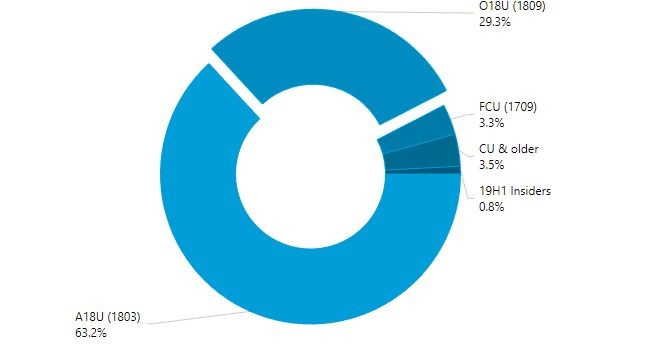 Versions 1703 and older are now grouped into one category, and that actually grew from 3.4% to 3.5%. Finally, the amount of Insiders doubled from 0.4% to 0.8%, which is normal when we're so close to a public release.

We can see that the Windows 10 October 2018 Update has moved at a much slower pace than all previous updates. Of course, version 1809 was problematic. It was originally released in early October of last year, pulled due to a variety of issues, and re-released in mid-November.