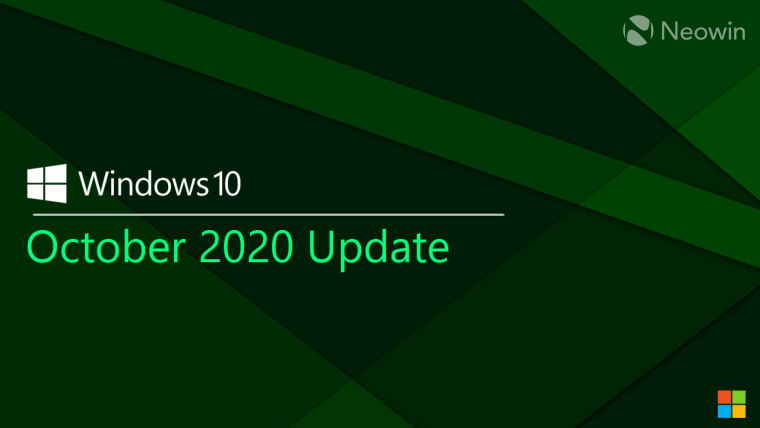 It's that time again, as AdDuplex has once again released its monthly chart showcasing the market share of the different versions of Windows 10 on the market. As usual, this data is collected from about 5,000 apps in the Microsoft Store, which are using the AdDuplex SDK v2 or higher, and the data refers to November 25. Nearly 100,000 PCs were surveyed in this period.

Getting right into it, the biggest growth of the month was naturally for the Windows 10 October 2020 Update, or version 20H2, which is now on 8.8% of PCs, up from 1.7% in October. This update was released in October, and as usual, it's steadily being installed on more PCs. Meanwhile, the May 2020 Update, version 2004, actually lost a decimal point this month, hovering around 37.6% usage share.

An interesting change this month is that version 1909, the November 2019 Update, has actually grown from 32.4% to 36.4%, despite being over one year already. This is because Microsoft began upgrading users on version 1903 to version 1909 automatically, rather than pushing them onto the latest release. As a result, version 1903 has also seen a major drop, from 22% usage share in October to just 10.2% this month.

Older versions of Windows 10, as well as the percentage of Windows Insiders, barely changed during this period. Some percentages are slightly up, but not by much.

Since Microsoft changed the way Windows Update works to no longer force install updates, new releases have taken longer to grow in market share, and the story is no different with version 20H2. The update will continue to roll out slowly, and we'll only see more sudden changes in the lead up to May 2021, when version 1909 loses support and users start to be upgraded automatically.