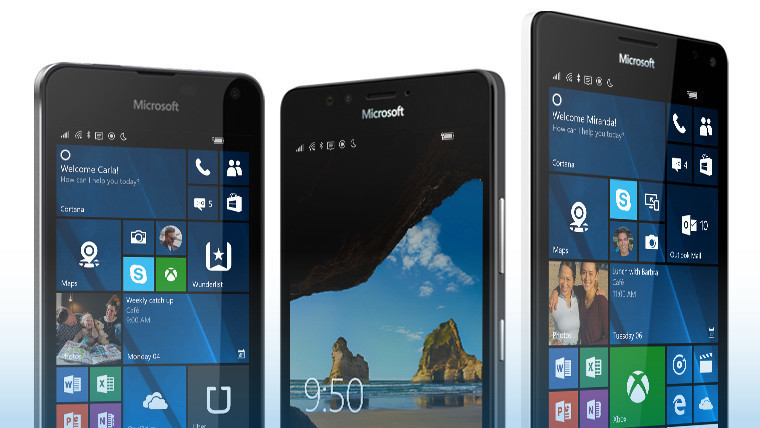 Yesterday, Microsoft slashed the price of its Lumia 650 by £30 (28%), reducing it from £109 to £79, in a limited-time promotion that was due to end on December 16. But as with its flagship phones, that chunky discount apparently proved very popular with buyers, as both the white and black models are now listed as 'out of stock' on the UK store, with no indication that further stock is expected.

The entry-level Lumia 550 is no longer available either, which means that Microsoft's entire Windows phone range is now out of stock there.

While the Microsoft Store has depleted all stock of its Windows 10 Mobile devices, they do remain available from some other retailers, but not at the low prices that Microsoft was previously offering. Carphone Warehouse, for example, is selling the Lumia 950 for an eye-watering £399.99 - that's £150 more than Microsoft's most recent price for that handset.

Expansys is still offering a handful of Lumia Windows 10 Mobile devices too, although many others are now listed as "discontinued" - a further indication that Microsoft's phones are now reaching the end of their retail lives.

Meanwhile, Microsoft's next Windows handset isn't expected to arrive until late 2017, or perhaps even 2018. That's a long wait for new hardware, especially given the limited availability of third-party Windows phones in the UK - but it may be worth the wait. Last week, Microsoft announced that it's bringing its full Windows 10 OS, including support for x86 desktop apps, to devices with next-gen Qualcomm Snapdragon chips, fuelling speculation about its rumored 'Surface phone' plans.