As we head into the end of April, LG and Samsung will have their latest offerings on store shelves, bringing a new wave of Android handsets to market. For those that weren't seduced by South Korea's finest, you might want to keep an eye out for the relative unknown that is Android co-founder Andy Rubin's startup, Essential.

While not much is known at this point beyond the teaser image presented above, it appears that the alleged specifications of the handset have leaked online. Although they might be accurate, it is always better to view them with a bit of skepticism, considering that this is supposed to be a handset and the leak contains items like an 18-inch display size and 10GB of internal storage. 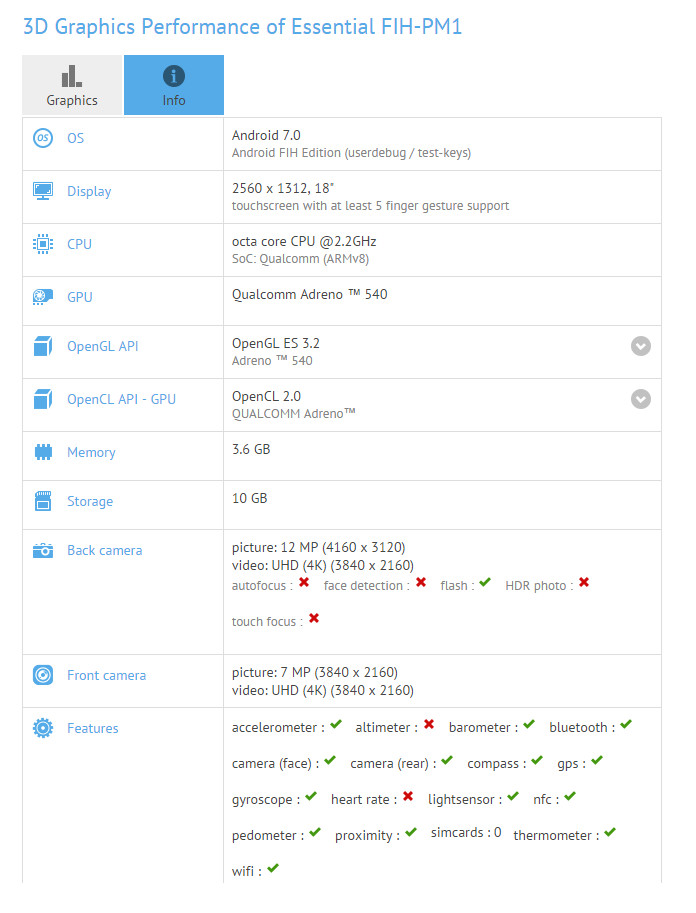 As for things that look a bit more accurate, the smartphone which showed up on GFXBench as the Essential FIH-PM1, looks to be powered by Qualcomm's latest Snapdragon 835 processor and 4GB RAM. The handset will also offer a 12MP rear shooter that is paired with a 7MP front-facing camera. As mentioned previously, there are the odd bits like the listing of an 18" screen, but the resolution could be accurate, being registered at a unique 2560 x 1312 or 80:41 aspect ratio.

According to the source, these benchmarks were run in December, so a lot can change if this benchmark is really for Essential's handset. Naturally, we will have to be patient, but rumors are swirling that this device could be announced sometime in the next couple months.