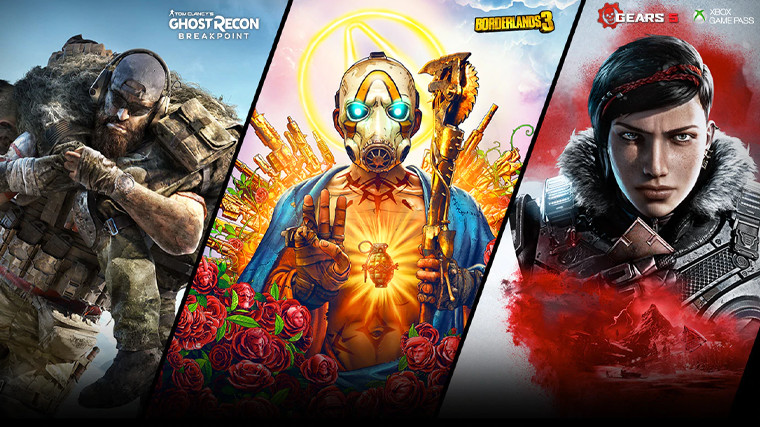 The Raise the Game promotion of AMD that bundles high-profile games with its graphics cards and processors has been refreshed once again. This time, there are three new games split up and bundled between many of the company's products, aiming to entice those wanting to join the red team.

Starting with GPUs, AMD is offering a choice between Borderlands 3 and Tom Clancy's Ghost Recon Breakpoint for those picking up an RX 570, 580, 590, 5700 or 5700 XT. This offer is also extended to those purchasing select prebuilt PCs that come with one of those graphics card equipped.

Alongside the games, AMD's partnership with Microsoft continues, as every modern consumer product of AMD also comes with a three months Xbox Game Pass for PC subscription. This is on top of the above-mentioned games, and it also applies to product lines like the Ryzen 5 2000 series, 3400G, and 3600 CPUs, as well as the RX 560, Radeon VII and RX Vega series GPUs.

The company has managed to land some AMD-themed in-game items in both Ghost Recon Breakpoint and Borderlands 3 as well, with a shirt for the former and an Echo Device Communicator coming for the latter. It seems these are exclusive to those picking up the games with the aforementioned bundles.