Over half a century ago, the dowry was finally outlawed in India. The custom traditionally saw the family of a bride expected to give considerable amounts of money, jewelry and other valuables to the groom and his family to ensure that she would be properly cared for in marriage. Despite the official removal of the custom from Indian life, the tradition hasn't yet died out.

Indian matchmaking and matrimony site Shaadi.com decided to do its bit to shine a light on the illegal practice, by creating a game entitled ‘Angry Brides’, which it claims was inspired by Rovio’s phenomenally popular Angry Birds. 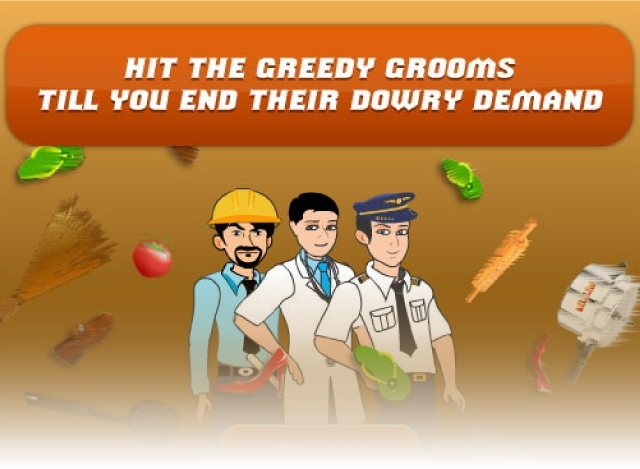 Angry Brides sets players against ‘greedy grooms’, who begin with a dowry set at 1.5m rupees ($29,500 USD / £19,000 GBP / €23,000 EUR). The bride flings weapons – such as broomsticks, stiletto shoes and frying pans – at the grooms, who attempt to dodge the attacks, with each successful hit reducing the amount of the dowry.

It all sounds like good fun – but there’s a serious message behind it. Many families who demand that dowries still be observed are not afraid to turn to emotional and physical abuse of the bride and her family in order to claim what they believe is rightfully theirs. One particularly alarming practice in South Asian nations is that of ‘bride burning’; in cases where the groom deems his dowry to be insufficient, the bride is doused in petrol or kerosene and burnt alive.

“According to a 2007 study, there is a dowry-related death every four hours in India”, says Ram Bhamidi, senior vice president at Shaadi.com. “We condemn this menace, and have consistently run campaigns via social media to help create awareness of the issue.”

Social media is very much at the heart of Shaadi’s efforts to spread the word here. Angry Brides has already amassed well over 270,000 ‘likes’ for the free game on its Facebook page.