Back in 2020, Nvidia announced that it is acquiring UK chipmaker Arm for a $40 billion, following SoftBank's acquisition of the same company at $32 billion in 2016. Although the deal was expected to close by September 2021, a recent report claimed that after missing this tentative deadline, it's unlikely that the transaction will go through. Now, a new report says that the deal is a no-go and is pretty much canceled, despite the lack of an official announcement. 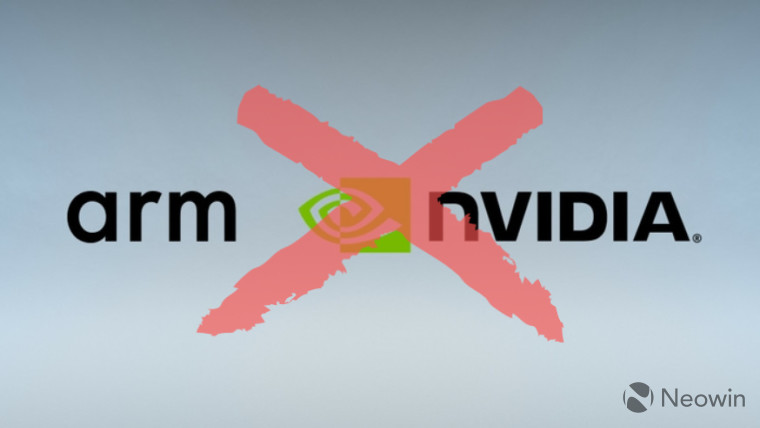 Citing multiple anonymous sources with direct knowledge of the matter, Financial Times (paywall) reports that the $40 billion transaction has fallen through. As a result, Nvidia will now pay $1.25 billion to SoftBank for its failure in completing the deal. Heads will roll too, with Arm CEO Simon Segars losing his job to Rene Haas, who is currently the President of the Intellectual Property Group at Arm and has been associated with the company for the past eight years.

The deal faced stiff opposition from the get-go thanks to regulators and governments in various countries as well as lobbying groups which utilize Arm's hardware. Recently, the U.S. Federal Trade Commission (FTC) filed a lawsuit to prevent the transaction from going through, citing unfair advantage for Nvidia because the acquisition would give the firm immense control over the technology that is used by the industry to design chipset for devices ranging from laptops to smartphones, and even cars. The purchase faces similar regulatory hurdles in China too.

Both Nvidia and Arm have not confirmed the cancelation of the transaction as of yet, but it's likely that this will happen soon as financial markets open across the globe. SoftBank is set to report quarterly earnings today, and it's possible that this is where the announcement will be made. According to previous reports, SoftBank is now expected to organize an initial public offering (IPO) to rid itself of Arm.

Update: SoftBank has officially confirmed the termination of the deal and has stated that it will start preparations for an Arm IPO before March 31, 2023. You can find the announcement from SoftBank here.