The news comes from The Inquirer, or specifically, a reader of the website named Baldvin Mar SmÃ¡rason. He said, "Apple removed two countries from the world map in iPhone 3.0 promo. They removed both Iceland and Greenland from their world map so the map of iPhone availability would look better,' adding "They did this also when they launched iPhone 2.0."

You're probably questioning the integrity of both The Inquirer and the reader now, but I've included a map below, showing the changes. 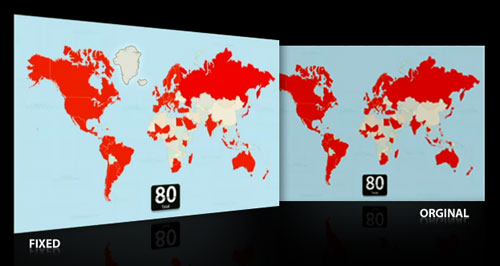 Obviously, the people of Iceland are very offended, and it'll be interesting to see how (or if) Apple responds to this. What are your thoughts?