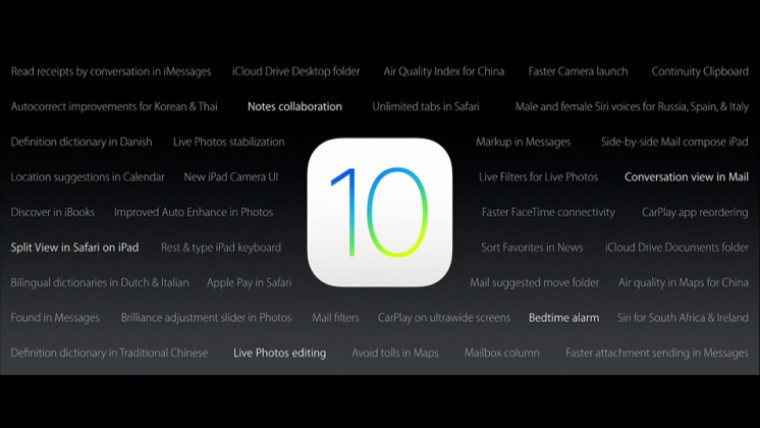 iOS 10, the next version of Apple's mobile operating system, set to launch along side new iPhones later this year, was just announced by the company at the ongoing WWDC 2016 event in San Francisco.

Apple has revealed that iOS 10 will be its biggest iOS release ever and will come with ten new features, that would set the OS apart from others.

The features in order of Apple's announcement are as follows:

So to round things off, it doesn't look like there is a major UI overhaul planned for iOS 10, but apps will be further refined with a consistent look and feel across the platform. There are some nice enhancements across all the apps, and users should most likely appreciate them when the OS releases later this year.