Today, Apple announced that it's going to be holding its third fall event of the year on November 10. As usual, it's a virtual event, presumably the reason that companies are more comfortable with holding multiple events. After all, journalists don't have to shell out travel costs to attend, and companies don't have to shell out for big venues, food, and hands-on hardware.

With Apple's September event, it announced new Apple Watches and new iPads. The October event was mostly about iPhones. Now, it's time for new Macs. 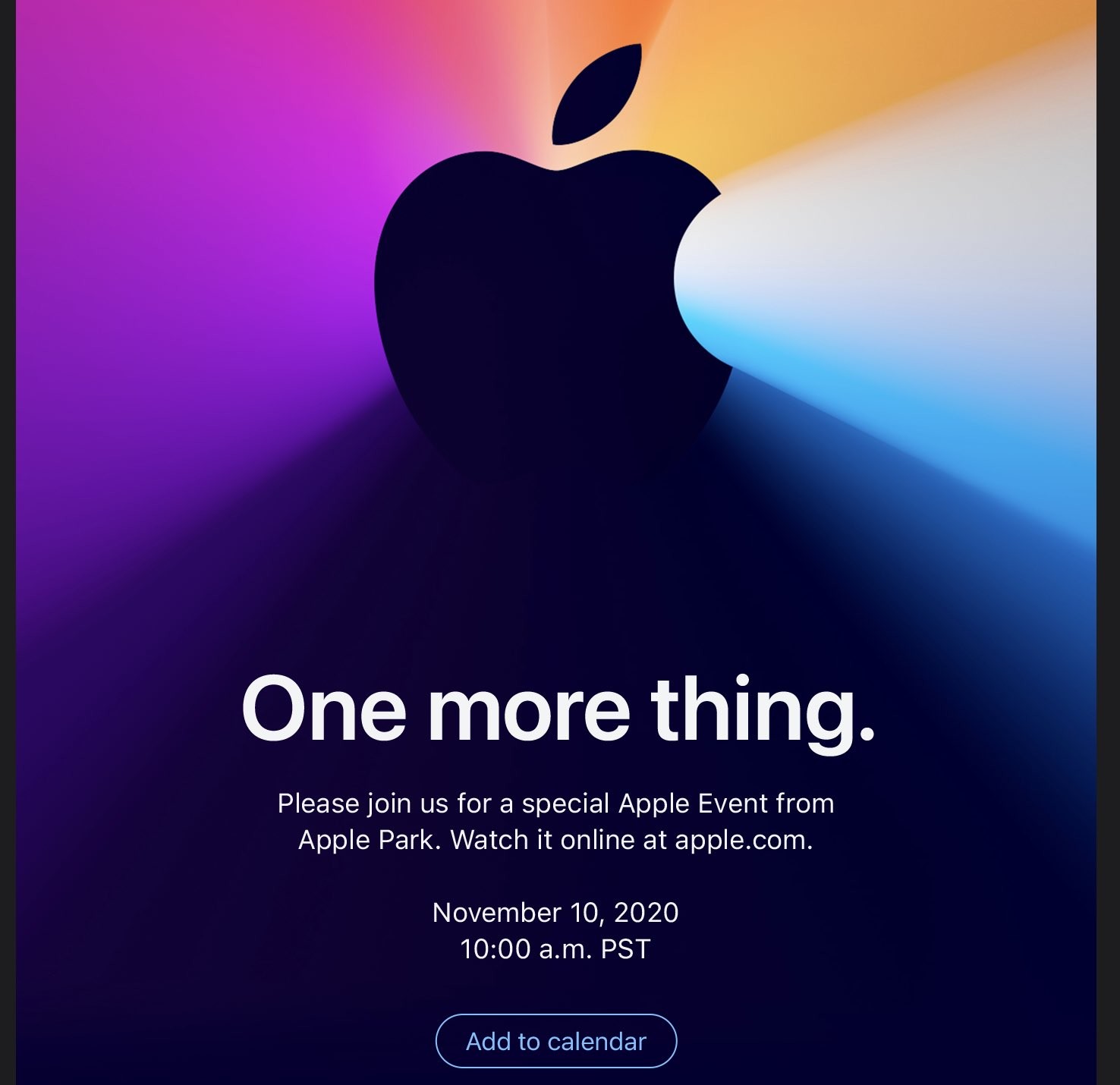 Apple announced that it's transitioning its Mac lineup to its own custom ARM silicon back at WWDC, and it promised to start selling the first ones before the end of the year. In other words, it's the one thing that we've all still been expecting to see from the Cupertino firm.

Of course, there are other products that could be refreshed as well. Being that Apple recently revved the iPad and iPad Air, the iPad Pro could use a makeover. After all, the iPad Air does have the new A14 Bionic chip while the iPad Pro still packs an A12Z. Perhaps these new iPad Pro models could come with one of the new Mac processors.