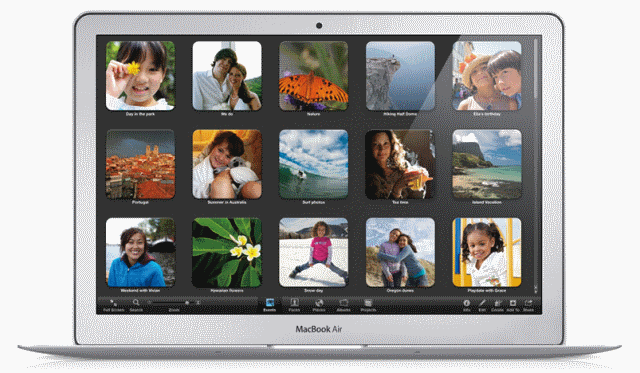 Apple have announced the first developer preview of Mac OS X Lion on their website. They have also launched a preview site outlining the features users can expect from Lion when it becomes available in the summer.

Apple today released a developer preview of Mac OS X Lion, which takes some of the best ideas from iPad and brings them back to the Mac for the eighth major release of the world's most advanced operating system. Lion features Mission Control, an innovative new view of everything running on your Mac; Launchpad, a new home for all your Mac apps; full screen apps that use the entire Mac display; and new Multi-Touch gestures. Lion also includes the Mac App Store, the best place to discover, install and automatically update Mac apps. The Lion preview is available to Mac Developer Program members through the Mac App Store today, and the final version of Lion will ship to customers this summer.

Among the new features outlined on MacRumors include:

The App Store will also be making an appearance on Mac OS X Lion. With downloadable apps, like Angry birds, you'll be able to play games, browse apps, read books and many more. The Mac App Store will be separate from the iPhone, iPod and iPad store, but will be used just like it.

Lion will also include home screens, just like the iPhone and iPad. Having a few different desktops with icons across your home screen, so you can access your apps. The App Store will feature top paid, top free and many other categories like the mobile App Store has.

Lion will bring full screen apps to the desktop, just like in iPhoto, so you can focus on what you're reading or playing. With full screen mode, you want to find your apps and screens easier, well Lion is bringing a new feature called "Mission Control", where you can view all your opened screens with a single click, making it easier to open or browse through screens.