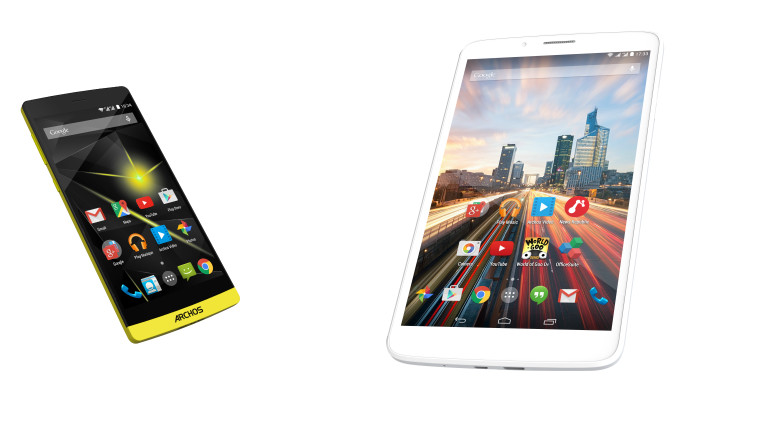 Archos is a French multinational company that specializes in a wide range of consumer electronics, with a focus on affordable smartphones and tablets. If you plan on buying a smartphone or a tablet and you are on a tight budget, you will be interested to learn that their products are well-known for packing a lot of features for a relatively low price.

Recently, Archos has announced that it will unveil a new product lineup with 4G LTE connectivity at CES next week, including the Diamond 50, a sub-$200 smartphone and the Helium 80b, a sub-$150 tablet. They will be accompanied by the Helium 45b, 50b, 50c phones, and the Helium 70 and 101 slates, also LTE enabled.

Both devices are dual-SIM, have a microSD slot, LTE connectivity, and will come with Android 4.4.4 KitKat pre-installed; the biggest selling point of these products is the low price you have to pay for these specs. Archos has also launched cheap Windows-powered devices in the past, the Cesium 40 phone and the Cesium 80 tablet.