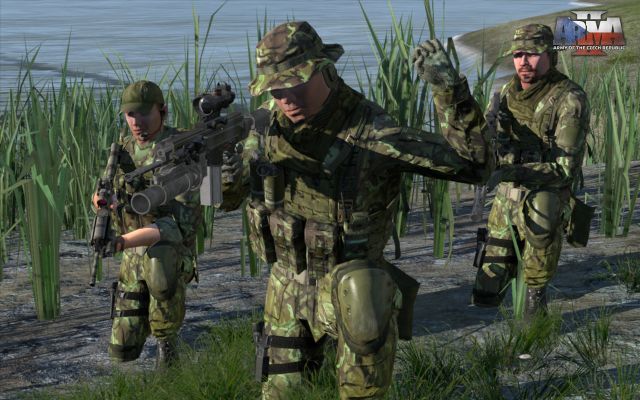 It's a game that was first released in 2009, but in the past few months the military shooter ArmA II has been one of the hottest selling PC games thanks to the popularity of the DayZ mod. Today, ArmA II developer Bohemia Interactive has released a new and official DLC pack for ArmA II.

The pack is titled Army of the Czech Republic. That shouldn't be a shock since Bohemia Interactive is headquartered in Prague. The DLC pack reportedly has authentically modeled Czech Army units and vehicles, along with a number of new weapons. Army of the Czech Republic also features a new 15 mission single player campaign where the army is sent in to restore order to the country of Bystrica.

You can download the DLC pack directly from Bohemia Interactive for $11.99 (you will still need the main ArmA II game to play it). If you prefer to get the pack via the Steam service, it will be made available on that download platform later in August.

Bohemia has already announced plans to release ArmA III. At the moment, the game is expected to be released sometime before the end of 2012.