While it may seem odd, no company had announced an official Windows RT (the ARM version of Windows 8) product as of yesterday. Today that changed, however, when Asus became the first company to announce a Windows RT-powered device at the Computex trade show in Taipei.

The company announced the Tablet 600, a device in the company's "transformer" range that can change from tablet to laptop by featuring a detachable keyboard. The device features a quad-core Tegra 3 processor, 32GB of storage, 2GB of RAM and a 10.1-inch screen featuring a 1366x768 resolution. According to Infoworld, the hybrid device weighs 1.15 pounds and is just .33 inches thick. 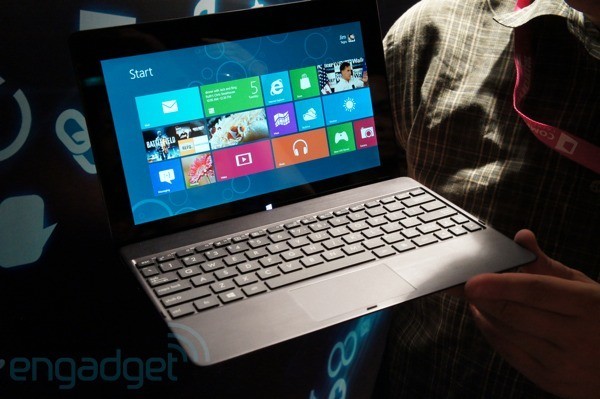 As with all Windows RT devices, the Tablet 600 will come with Microsoft Office 15 pre-installed. The device will also feature an 8-megapixel rear-facing camera with LED flash, a front-facing 2-megapixel camera and Bluetooth 4.0. More typical features include WiFi, a gyroscope and similar sensors, GPS and NFC. The device comes bundled with its aforementioned detachable keyboard. In addition to a trackpad and full keyboard, the detachable unit features additional USB ports and an integrated second battery.

A release date and pricing information has yet to be determined. A likely time frame is late this year, given Windows 8 and Windows RT are expected to officially launch in October.