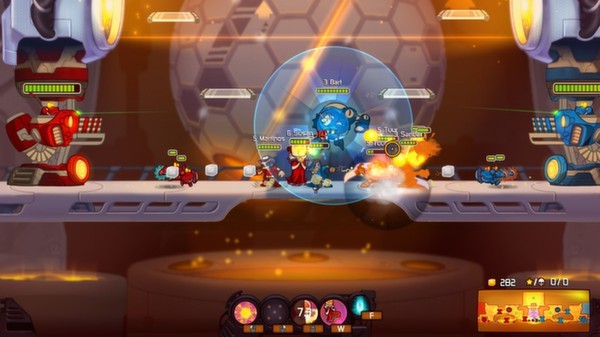 Awesomenauts, the 2D side-scrolling action/strategy game from Ronimo Games, is coming to PC via Steam on August 1st (next Wednesday). The game first launched for consoles through the PlayStation Network and Xbox Live Arcade in May this year, and now it's coming to PC, presumably for the same $10 price tag the console version carried.

As Joystiq points out, Awesomenauts on PC looks to carry all the character DLC available for the consoles right in the initial release. While the Steam release next week is just for Windows-based machines, word is that a Mac version will be coming shortly afterwards.

Hit up the source link below if you want to get more information about the game before the launch.