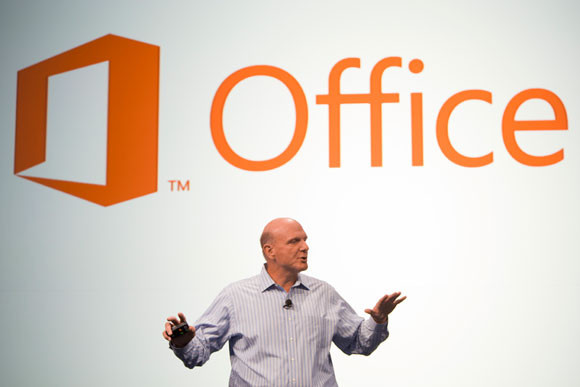 The launch of Office 2013 and Office 365 Home Premium this week is naturally a big deal for Microsoft. While Office 2013 alone would be a milestone for the company, Microsoft's biggest pitch is really for the new consumer version of Office 365, with its cloud-based features and its yearly subscription.

Microsoft CEO Steve Ballmer talked about these aspects in a new interview with Businessweek.com, but one of the questions suggested that Microsoft was coming into the cloud business behind other companies. One specific business that was mentioned was Dropbox, which now has 100 million registered users.

The comparison didn't seem to sit well with Ballmer, who is quoted as saying:

Well, you’ve got to remember, 100 million sounds like a pretty small number to me, actually. We’ve got a lot more Office users. And actually if you even want to go to the cloud, we have a lot of Hotmail and SkyDrive users. I’m not beating on Dropbox. They’re a fine little startup and that’s great.

Ballmer also defended the company's recent $1.2 billion acquisition of Yammer, saying that he was "delighted" with the purchase but admitted, "We have a lot of work to do." He completely dodged a question concerning bringing Office to the iPad, stating, "I have nothing to say on that topic."