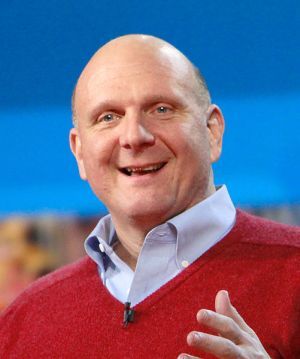 It's not exactly a shock but this time it is official. Current Microsoft head man Steven Ballmer told an audience in Japan today that the next version of its Windows operating system will be released sometime "next year". Furthermore, "Windows 8" was mentioned by name during Ballmer's speech, made at Microsoft's developers forum in Tokyo. Specifically Ballmer said, "As we progress through the year, you ought to expect to hear a lot about Windows 8. Windows 8 slates, tablets, PCs, a variety of different form factors."

The mention of Windows 8 came near the end of Ballmer's speech where he touched on a variety of different topics. Ballmer also talked in general terms about how Microsoft want to improve a PCs' user interface along with using voice and vision and even touch to help improve the PC experience. He also talked about form factors for PC products, saying, "The form factor of the devices that we all use will continue to change. I think there will be a day in the future where it will be hard to distinguish a phone from a slate, from a PC. You literally will have displays that become paper thin and very easy to fold out form your phone. And at the same time, you're going to get more and more PC-like capabilities in smaller form factor devices."

Ballmer also hyped up the upcoming Windows Phone 7 announcements that are scheduled to be revealed on Tuesday, saying, " ... that information will be forthcoming, including some of the particulars about who is going to be building Windows Phones, and which carriers will be offering them here in Japan."