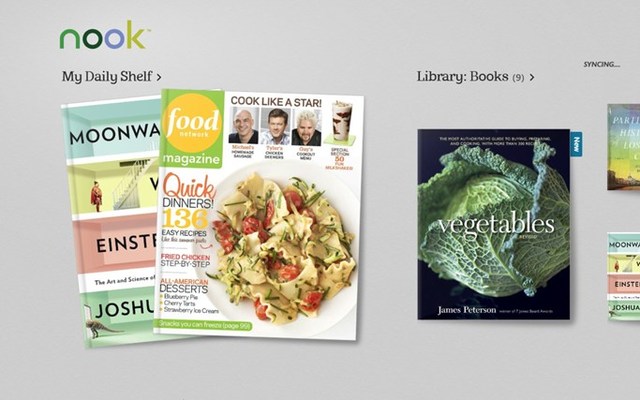 It took a bit longer than Barnes and Noble predicted but its promised Nook app made for Windows 8 and Windows RT has finally made it into the Windows Store for download.

The free Nook app serves as both an eReader and an online store where users can purchase and download eBooks once you sign up for a Nook account. You can also subscribe to online magazines and newspapers along with comic books from Marvel, DC and other publishers.

If you own a Nook tablet, the Nook Windows 8 app will allow users to sync the last page they might have read on the app and then continue to read at the place they left off on the Nook tablet or other Nook app.

One interesting thing you will quickly discover once you open up the Nook Windows 8 app is that it comes with a free sample book from Microsoft Press, Windows 8 Plain and Simple. This "sample" version is actually over 500 pages long and has over 50 percent of the full book's content.

This new app also represents the first real collaboration between Barnes and Noble and Microsoft since the two companies announced plans earlier this year to team up for a planned spinoff of the Nook business.