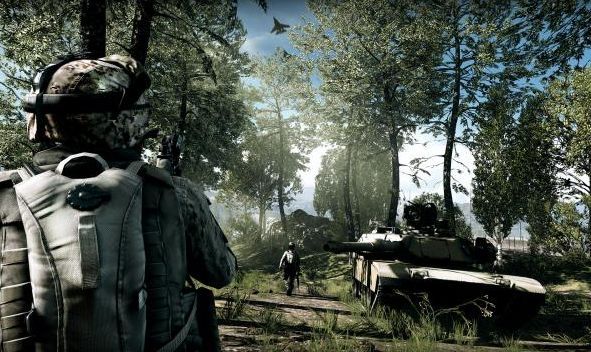 Gamers who have been waiting to get a chance to play Battlefield 3 will get a free taste of the final game next week. Electronic Arts has announced that the multiplayer open beta test for the modern military first person shooter will go live for the PC, PS3 and Xbox 360 platforms on Thursday, September 29. That's less than a month before the final and full version of the Digital Illusions-developed game is due for release on October 25. The beta test will give players a chance to try out the Rush multiplayer mode on the Operation Metro map, set in Paris. The beta test will also feature Battlelog, EA's free online service that will track player stats in Battlefield 3 along with communication features with fellow players.

While the beta test will officially open to the public on September 29, a select number of gamers will get access to the test two days earlier on September 27. On that date, anyone who pre-ordered 2010's first person shooter Medal of Honor will finally be able to cash in that beta code for Battlefield 3. Also, PC gamers who pre-order the digital download version of Battlefield 3 via EA's Origin web site will be granted early access to the beta.

In addition to today's reveal of the open beta test dates, EA has also announced the PC minimal and recommended system requirements for Battlefield 3: