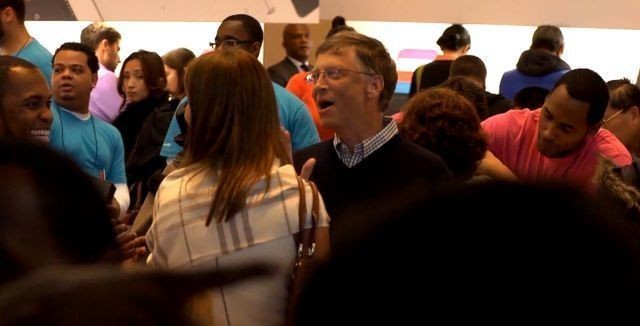 Microsoft co-founder and Chairman Bill Gates may want to focus most of his efforts on the charity work with the Bill and Melinda Gates Foundation, but in a new interview with the Financial Times Gates admitted that he's working a lot more at Microsoft than he first agreed to do.

When Gates decided to stop working full time at Microsoft, he did pledge to spend one day a week at the company he helped to build. However, the FT interview, which is mostly about his philanthropic work, does say that matters at Microsoft take up a "bigger slice of his time", which include regular meetings with some of the company's product groups.

Gates' time at Microsoft likely increased even more when current CEO Steve Ballmer announced he was retiring in August. Gates repeated his stance in the FT interview that he will not be taking Ballmer's place as CEO but did say that he will be spending "considerable time" with whomever is picked to be the new leader of Microsoft. That decision is expected before the end of 2013.

Again, most of the interview deals with Gates' efforts to help eradicate certain diseases such as polio in third world countries. He doesn't feel that giving Internet access to the people who don't currently have it is nearly as important as trying to help children in those countries have access to better health care. He states, "If you think connectivity is the key thing, that’s great. I don’t."