BioShock Infinite is a little over a month away from finally being released, but developer Irrational Games and publisher 2K Games aleady have plans to extend the first person shooter sequel with some DLC content. Today, it was announced that there will be a Season Pass bundle of three of the game's planned DLC packs.

The Irrational Games website reveals that the the BioShock Infinite Season Pass will be available on March 26th, the same day the game itself goes on sale, for $19.99, which is a savings compared to the nearly $30 of DLC content planned for the game if they are purchased separately. Irrational said that the pack will have "new stories, characters, abilities and weapons" for the game but specifics were not announced. 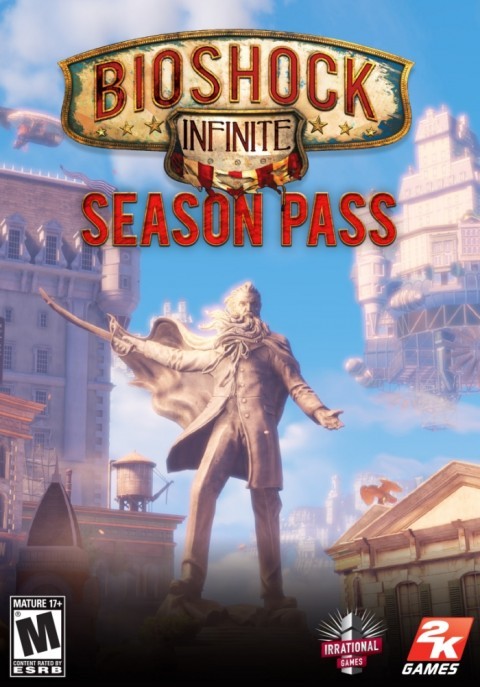 People who do buy the Season Pack will also get the Early Bird Special Pack immediately for free. Irrational states:

This bonus pack contains four pieces of exclusive gear, a Machine Gun Damage Upgrade, a Pistol Damage Upgrade, a gold skin for both weapons and five Infusion bottles that allow players to increase their health, their shield durability or their ability to use Vigors by increasing the quantity of Salts they can carry.