It's been just six weeks since BlackBerry announced that its proposed sale to Fairfax Financial had been cancelled, and that its plans to take the company private had been abandoned. While Fairfax invested $1bn into the company instead, its directors are probably still rather relieved that they didn't purchase it entirely, as BlackBerry posted its latest bleak financial report for the third-quarter of its 2014 fiscal year.

It's not easy to find a positive spin to put on these figures, as the news is pretty ugly. BlackBerry reported a net loss for Q3 2014 of $4.4bn, on the back of $1.2bn of revenues. Those revenues were down 56% year-on-year, and down 24% on the previous quarter. 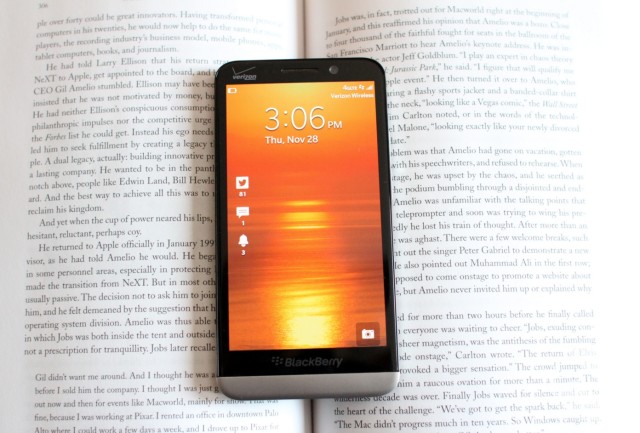 Another depressing chapter in the book of BlackBerry

4.3 million BlackBerry smartphones were sold last quarter; of these, just 1.1 million were newer-generation BlackBerry 10 devices, such as the latest Z30, which didn't exactly impress us in our recent review. By comparison, Nokia sold 8.8 million of its Lumia Windows Phones during its last fiscal quarter.

Naturally, the company is keen to paint a less devastating picture of its operations, particularly as it continues to work on a restructuring plan, which began with the departure of its CEO, Thorsten Heins, last month. The company's current CEO and executive chairman, John Chen, said in today's financial report that "BlackBerry has established a clear roadmap that will allow it to target a return to improved financial performance in the coming year." He added: "We have accomplished a lot in the past 45 days, but still have significant work ahead of us."

A major component in BlackBerry's roadmap was revealed today, with the announcement of a strategic partnership with leading device manufacturer Foxconn. BlackBerry says that "Foxconn will jointly develop and manufacture certain new BlackBerry devices and manage the inventory associated with those devices."

Jackdaw founder and analyst Jan Dawson revealed a little more detail on those plans in a series of tweets today, including this one:

Wow - Foxconn will actually do hardware design for BB. BB will focus on software. First device will launch April, be based on BB10, 3G only

The devices under the new Foxconn partnership will be aimed at "Indonesia and other fast-growing markets", including Mexico. As Dawson revealed, Foxconn will design these devices themselves, leaving BlackBerry to focus solely on the software side, including its BB10 operating system. This partnership will - for now, at least - extend only to "lower-end, emerging market handsets", while BlackBerry will continue to design the hardware for its "high-end / enterprise-centric handsets".