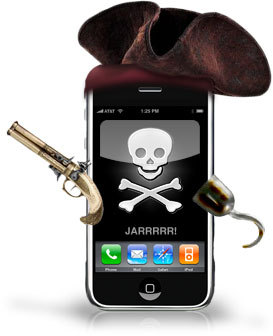 For those who love picking up a digital tome via the iBookstore, but also love freeing their iPhone or iPod touch from certain Apple-enforced restrictions, it looked like there was a tough choice brewing today.

According to Josh Carr over at Social Apples, an update to the iBooks app delivered last week packed a nasty, hidden surprise for those with jailbroken iPhones and iPod touches. From iBooks version 1.2.1 on, the app thew in an improperly signed binary before opening a DRM-protected book. If the device executed the binary, the app concluded the device is jailbroken and displays this ambiguous error:

''There is a problem with the configuration of your iPhone. Please restore with iTunes and reinstall iBooks.''

Mr Carr found that the issue has actually been around since iOS 4.0, but apparently became far more prevalent with the recent release of the greenpois0n jailbreak for iOS 4.2.1. As many commentators have pointed out, this latest move against jailbreakers by Apple raises an interesting question - in July last year, the Library of Congress declared jailbreaking completely legal. The iBooks ''trick'' seems to fly in the face of that decision, though it hardly comes as a surprise given Apple's long-held opposition to jailbreaking.

But as has become typical in the cat-and-mouse game between the company that Steve built and the jailbreak community, enterprising developers weren't about to remain idle. Within hours, the infamous iPhone Dev Team had updated the Pwnage Tool to include previous work by the Chronic Dev Team, as well as a fix for the iBooks issue. The iPhone Dev Team also pointed out that the typical lag time between a new iOS release and a new jailbreak may not be as long in the case of iOS 4.3, expected to be released within weeks, if not sooner. Yesterday, security researcher Stefan Esser hinted via Twitter that he had an untethered iOS 4.3 jailbreak ready to roll.