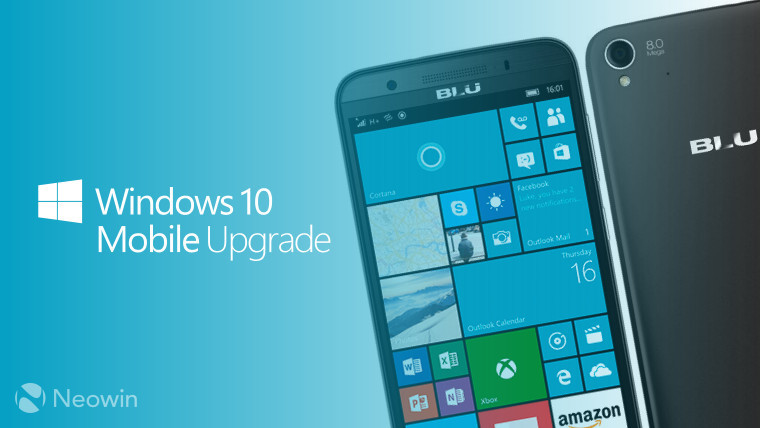 It's been three months since Microsoft officially began its Windows 10 Mobile rollout, making it available to some - but not all - of its Lumia handsets. The upgrade is also available to a very limited selection of devices from a small number of Microsoft's hardware partners, including some from BLU Products.

As MSPoweruser reports, BLU has now made Windows 10 Mobile available for the Win HD LTE X150e in India. However, the upgrade isn't rolling out in the same way as most over-the-air updates do. Users must first download an app to 'check' that the update is available for their devices - you can find out more about that in our handy guide here.

BLU caused some confusion in March, as it continued to promote and sell certain devices as being eligible to upgrade to Windows 10 Mobile, despite not being on the list of handsets approved for the upgrade.

Shortly after we published an article highlighting that issue, the company corrected its marketing literature and store listings, and later released its own list, detailing each specific model in its range that would, or would not, be able to upgrade.