Mobile phone carriers are putting more emphasis upon contract purchases of phones than ever before. The profit margins they make are much more in line with what their shareholders want to be seeing, and if you keep an eye on the advertisements they come up with, you'll notice that "Pay and Go" is receiving as little coverage as possible. Carriers know this is the case and they embrace it themselves, for it is a license to print money. It's a bottomless pit of resources and profits, and in the UK alone the effects of the focus upon contract purchases is being seen. In Britain alone people are wasting six billion GBP annually on contracts they don't need.

That's an increase of £1.1 billion over last year. Back in 2005 we estimated we would be paying £2.37 billion to host the 2012 Olympics in London. While it's a huge amount itself, the Olympics have never been a cheap event. The estimate might have been hopelessly optimistic, but poor choices for phone contracts could have eased the financial burden of hosting a global event such as the Olympic Games. While it is an older article, from January of this year, the Daily Mail observes the cost of the 2012 Olympics in more detail. The loss made on phone contracts is surprising, and some of that money surely could have been diverted into the costs for hosting at some point.

Statistics from the National Mobile Report 2012 (the link will prompt a download for the report, in PDF format) indicate 26 million people in the UK are on overpriced tariffs for their phones. On average they pay for three times the amount of data/calls/SMS that they actually use. This could be cut down very easily, with the estimation that of the £6 billion being spent annually, up to £4.32 billion of it could be saved. In some ways it is genius for the mobile network providers, for the amount of money they're raking in is almost unbelievable. The love of newer smartphones means that they can charge much more than the phone's own retail price, and then go to town on offering data allowances and calling allowances.

The world of contract phones is difficult to come to terms with, since it is a labyrinth which constantly changes depending on the latest releases. The phone market constantly changes with adjusted prices, or contracts on special offers including 'free' bonuses such as Xbox games consoles you'll end up paying for in the long run as part of the contract. The obvious solution to counter expensive contracts is to shop around, and see if you can find a better deal elsewhere. Carriers such as Giffgaff operate differently to the major carriers, such as Orange and O2, and they can be much cheaper for some purposes. There are always going to be some exceptions though, where the contract is the better choice. 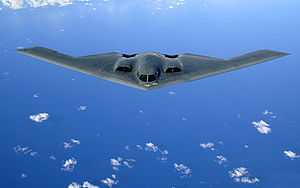 Just one B-2 Spirit? Why not get another two?

Six billion pounds is a huge amount to spend even if you know you're spending it. Few people could spend that much money if they tried, short of buying a couple of B-2 Spirit stealth bombers or an aircraft carrier. With the confusion or lack of knowing among some consumers, it all comes together to make an extremely lucrative business for the networks. The only other course of action is to look for an alternative, and that isn't always the easiest thing to do. It takes research and dedication, but can be done.

Source: The Telegraph | B-2 Spirit via Wikipedia