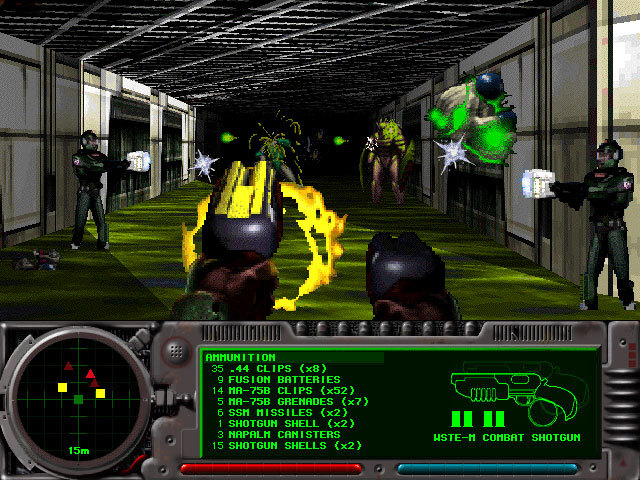 The first game ever developed by Halo creator Bungie is coming to Apple's iPad tablet but in a somewhat unusual way. In an article and interview on Bungie's web site, it has been revealed that a hobbyist programmer named Daniel Blezek has been working for some time on the Marathon iPad app. Blezek is working off of the original sci-fi first person shooter's source code which was released by Bungie back in 1999 for any developer to freely work on.

Blezek states, "The project started not long after the iPad was released in 2010." He originally planned to release the iOS port in the fall of that year but apparently delays and other issues kept the Marathon project from being completed. The interview on the Bungie web site also goes over some of the issues in converting the game to work on the iPad including how to convert the game's keyboard only controls to work on the iPad touch screen. There's no word yet on when the Marathon iPad port will be released but it will be a free game since it is based on the Marathon source code.

First released in 1994 as an Apple Macintosh exclusive, Marathon was Mac fans' answer to the rising first person shooter genre which was gaining more and more popularity at that time. The game itself bears more than a little resemblance to Bungie's later Halo shooter series. Bungie created two sequels to Marathon and in 2004 all three games were declared "freeware" meaning anyone can download and play all three Marathon title at no charge. Bungie has also announced this week that the final game in the series, Marathon Infinity, will also have its source code released for free soon.