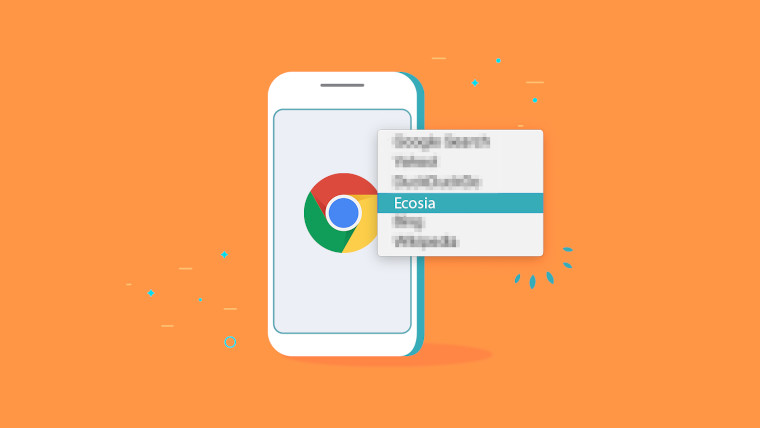 Ecosia has announced that Chrome users will be able to switch to its search engine in an upcoming update to the mobile edition of the browser. Ecosia, which plants trees after every 45 searches, will feature alongside Google, Bing, DuckDuckGo, and Yahoo! as a pre-configured search provider.

The option to pick Ecosia will be available to people in 47 countries around the world. The firm said it hopes Chrome’s huge user base will see more people switch to its product. Earlier this month, Ecosia said that its search engine wouldn’t be present in the Android search engine choice screen across Europe because it didn’t agree with Google’s decision to make firms bid to be listed.

“It’s important that there are independent players in the market that don’t exist solely to make profit. We dedicate our profits to tree planting and we are also focused on privacy, so users can have a positive impact on the environment while having greater control over their personal information.”

If you don’t see Ecosia as an option yet, don’t worry. Google is in the process of applying the Chrome update to devices around the world with the full rollout scheduled for Tuesday, March 17. On the desktop, you can easily switch to Ecosia by installing the official extension on Chrome or Firefox.